LARKS' TONGUES IN ASPIC BOXSET
Posted by Sid Smith on Aug 13, 2012 - This post is archived and may no longer be relevant


The long-awaited 40th anniversary edition of the legendary Larks’ Tongues In Aspic quintet  will be released on October 15th.

One of the key recordings in the King Crimson canon, and the only formal studio recording by the LTIA quintet, the 40th Anniversary Edition will be released in three separate editions to satisfy the merely curious and the expectant collector. 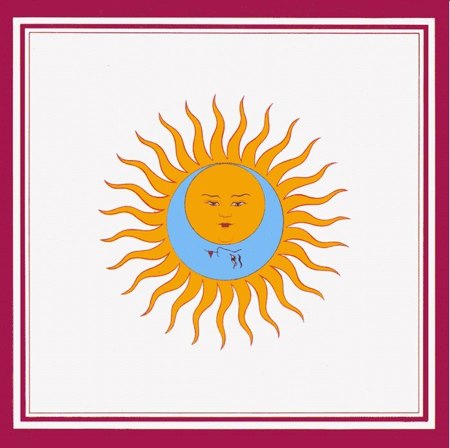 3. 2CD: Complete original & new mixes with selected audio extras.
Whilst the clip of the quintet performing LTIA pt1 during the Bremen Beat Club recording has been available on the internet for several years in varying degrees of quality, there has been some fevered speculation as to whether the full concert would ever see the light of day.

Though it's been a long time coming, the full video of David Cross, Robert Fripp, John Wetton, Bill Bruford and Jamie Muir will now be seen in full. We hope all Crimheads agree that the waiting to get this in the best possible quality will have been worth while.