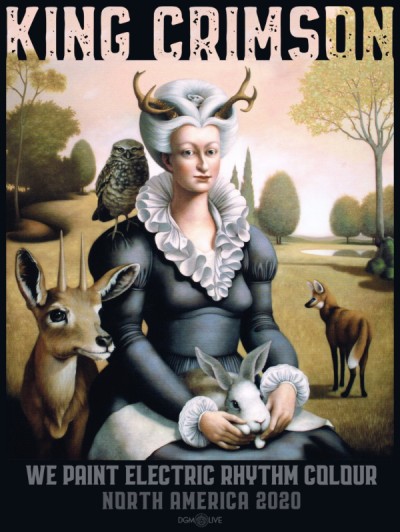 King Crimson will be touring for six weeks this summer in June and early July together with the Zappa band in the USA and Canada. The full list of dates is yet to be confirmed, but today does see the announcement of a concert at The Wolf Trap National Park for the Performing Arts in Vienna, Virginia on June 30th.

Tickets will on sale to the general public on Saturday, but as usual, we will be emailing 1000 Club members and DGM subscribers with details of our own Royal Package seats.

Robert gets excited when Santa arrives in town and the Christmas lights go on, rocks out a little in...