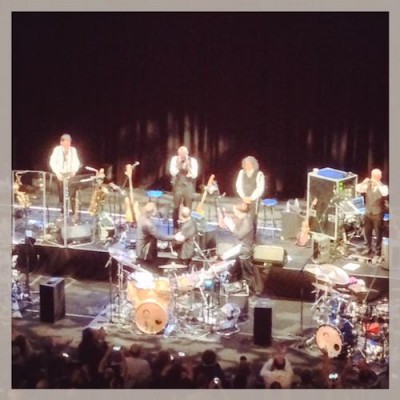 Composer Andrew Keeling was at Aylesbury on Monday this week and shared  his impressions of the concert.

The question is this: is it King Crimson who play the music; or, is the music which plays King Crimson? As I listened to The ConstruKction of Light on Monday evening in their concert at the Waterside Theatre I had a momentary and brief glimpse of the music standing outside and apart from the players themselves. I can only describe this as a shimmering, living entity. To verbalise this either sounds like the words of a madman or a mystic. I don't think I'm either, but it's difficult to say. I can say that this is precisely the effect that great music should have on a listener: music should come from the deep unconscious. It isn't enough to be the product of celebrity and perhaps this is why the current zeitgeist is failing to produce much at all except copyists.

You can read more of Andrew's thoughts on the concert here.