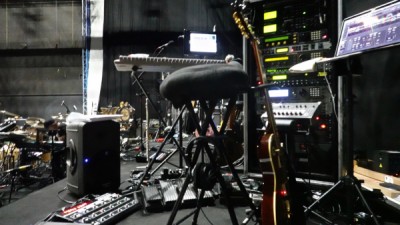 In the King Crimson Rehearsal Zone at 13.02 today, Thursday 2nd. May, 2019, KC decided that, in Bill Rieflin's absence, to proceed as a Seven-Headed Beast. The decision was taken unanimously by all Crims. Tacitly, we accepted: regardless of the quality of player depping for Bill, simply, Bill is irreplaceable. It’s not the notes that are played, it’s the Billness of Bill that Master Rieflin brings to the group.

So, the KC incarnation celebrating this year’s Celebration touring is the second formation of The Seven-Headed Beast Of Crim.