FRIPP & ENO LIVE IN PARIS
Posted by Sid Smith on Jul 25, 2014 - This post is archived and may no longer be relevant


Live In Paris. the long-awaited archive live album from Fripp & Eno is now available for pre-order.

Live In Paris 28.05.1975 will be released on September 15th and can be obtained from Inner Knot for US costumers and Burning Shed for UK and Europe. 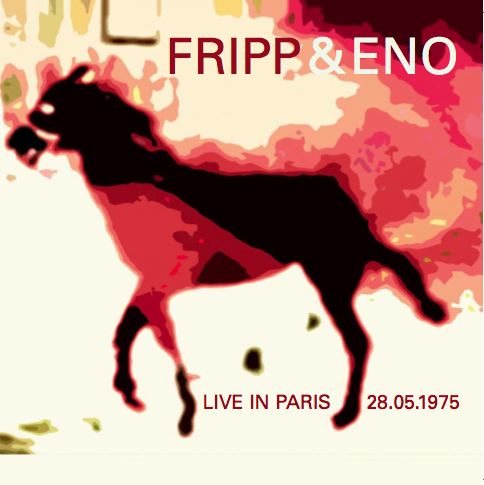 The subject of many poor quality bootlegs, this concert - one of only a handful undertaken by Fripp & Eno - is routinely described as ‘legendary’.

Hearing the tapes in fully restored audio quality, it’s easy to understand why it attracts such reverence now and perhaps, why the shows attracted such hostility then. No Roxy Music hits, No King Crimson riffs, just a duo sitting in near darkness with a reel to reel tape recorder, improvising over the pre-recorded loops with a filmed background projection. Replace the reel to reel machine with a couple of laptops/iPads/sequencers and the core of much current live performance from electronica to hip-hop was there some thirty years in advance. At the time, audiences responded to such a glimpse of the future with booing, walkouts and general confusion.

Thanks to the discovery and restoration of the original backing tapes, it was possible - with much painstaking restoration work by Alex Mundy at DGM - to isolate, de-noise and match the live elements from the performance tapes to the studio loops to produce the final recording.

* CDs 1 & 2 feature the complete concert with full audio restoration synched with the original studio backing loops as used in the performance.

* CD3 also features the reversed loop for Wind on Water as used on the Evening Star album.

* CD3 also features Later On, edited from No Pussyfooting & originally the b side of Eno’s first solo single Seven Deadly Finns.

With the exception of the last two items this is the same concert that was first made available for download via DGMLive.