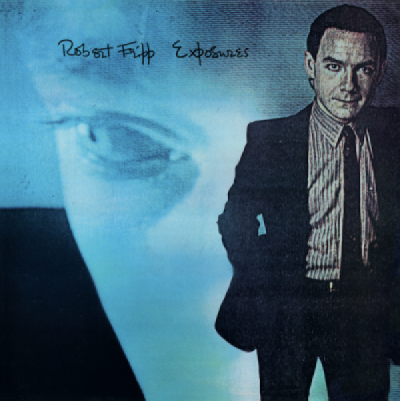 Exposures truly is the be-all and end-all.

DGM/Panegyric are a small team preparing a boxed set with over 750 tracks, and regrettably accept that mistakes are made and some discrepancies are inevitable. This annoys, irritates and disappoints us. It is also part of the price we pay for offering an extensive boxed set of 32 discs at an affordable price. Some of the mistakes are made within the extended DGM/Panegyric Team, some appear mysteriously and inexplicably in the production process.

Our apologies to all, and thanks to those who have written to us and posted online, pointing out the errors.

There are two authoring anomalies on the DVDs and BluRays. On the DVD of Exposure (Disc #22), “The Last of the Great New York Heartthrobs”is in mono – not stereo as listed.

On the BluRay of Frippertronics (Disc#27), Fort Lauderdale on 10 July 1979 mysteriously plays the wrong audio, while correctly being the length of the missing show.

The stereo version of “The Last of The Great New York Heartthrobs” does, in fact, appear twice, in standard and high resolution, elsewhere in the boxed set (CD#5 & BluRay#25). We have arranged a download of both this and the missing Frippertronics here:

The Last of the Great New York Heartthrobs

There are also a small number of listing errors in the booklet. “Let The Power Fall’ is wrongly described as being 24/192, when it is 24/96, and The League of Gentlemen is wrongly described as being available in Dolby Atmos, when such a mix has never existed. There is also a mixing credit for ‘Steven David Singleton’ – a strange hybrid person, perhaps the brother of David Steven Wilson.

Some fans have also pointed out discrepancies between material that has previously been available, and what is presented in the box. A great deal of work and research has been done to ensure that everything in the boxed set is correct to the best of our knowledge. The Frippertronics have, for example, been put into concert pitch. When new information has suggested that previous listings were incorrect, these have been amended. Thus, the Frippertronics show listed as “Unknown” on the DGM site, but guessed to be 29thMay 1979, is correctly listed in the boxed set as 9thMay 1979. As new information has appeared, so the material in the boxed set is as definitive as currently possible.

The question has appeared on various online wittering-stations: Why isn’t the original release of the League of Gentlemen album included?

What do you do when there’s nothing you can do? Three possible answers:

In the professional world, the prime injunction is reliability: if we’ve said we’ll deliver an album, we deliver an album. Management and record company, and other industrial agents, rely on us to do what we’ve said we’ll do. Unreliability in discharging undertakings generates repercussions, inevitably, even though these may not become apparent immediately. Reliability also generates repercussions. These may also take time to be seen, recognised, acknowledged and take effect, but the repercussions will be mostly positive.

In our inner world, the prime injunction is reliability. If we make a promise to what is highest in us, there can be no doubt that we will keep our promise. As in said in Guitar Circle courses, so that even God can rely on us!

The outer world – the professional world – and our inner world come together when we seek to establish a personal practice, a discipline. This is a longer subject, discussed at length elsewhere for those who have sufficient interest to go searching.

The League of Gentlemen spent three days setting up in Arny’s Shack studio, Parkstone, and then the drummer left for London to see his dealer. Substance abuse and addiction is not a novelty in the music world and, were the details to be more widely known, would explain much of the tangled history of King Crimson / RF from 1969 until recently to those interested in the mechanics of how to bring music into the world.

So, with several sandwiches missing from the LofG picnic, additional elements – Indiscretions- were added. But they were additions, not part of The LofG’s essence. The released album (in 1981) had several strong and convincingly LofG pieces, but overall wasn’t quite a satisfying spread.

What would I do today? Address time, place, person and circumstance, and recommend the DGM / King Crimson approach: an Official Bootleg. This captures the essence of a group in live performance, particularly where a group’s ipseity islive performance…

This is not a strategy that would have been acceptable to EG / Polydor in 1980.

For the Exposures Box Set, my choice was to accept the original LofG studio recordings as they were; remixed by Steven Wilson without accretions, superfluities and flavourings. It is what it is. The versions of the League of Gentlemen in the Exposures Box are true to what the band was, and fairly represent it IMO.