Earthbound, the first live King Crimson album is being reissued on 200gm vinyl marking the final release in the vinyl reissue series. The album featuring Fripp, Boz Burrell, Mel Collins, and Ian Wallace on their last tour of the USA in early 1972, will be available on December 2nd. 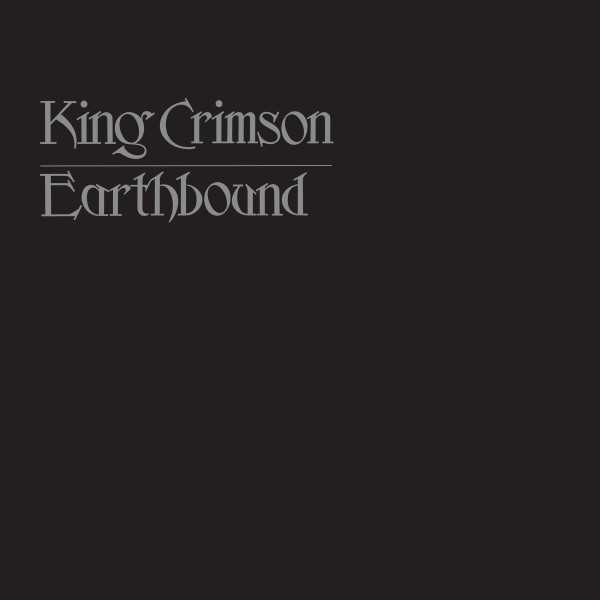 Consisting of a series of deliberately lo-fi live recordings of King Crimson’s Islands era line-up on tour in the USA, originally released in 1972, Earthbound was one of the earliest (if not the first) “official bootlegs” issued by a major rock band.

On its release, due to its mid-price, it was excluded from the main album charts in the UK but topped the mid-price charts rubbing shoulders with Jim Reeves and Mantovani. Atlantic in the USA didn’t even bother to release it. By then, the band had broken up and the label had already been alerted to the likelihood of a new King Crimson line-up promised for later in the year. Like the later live album, USA, Earthbound remained deleted on vinyl and unreleased on CD until both were finally released in 2002 on CD. An expanded CD/DVD edition appeared in 2017 alongside the Sailors’ Tales boxed set. Ironically this non-availability in the peak CD era served to enhance interest in the album while DGM’s live releases made fans aware that there was a larger story to be told of this line-up’s history. When Robert Fripp was asked to guest on the second Grinderman project, Nick Cave noted: “I wanted to work with Robert Fripp because he has done some of the most uniquely unsettling guitar work I have ever heard along with some of the most delicate and finessed” explained Cave. “I grew up listening to a lot of the King Crimson stuff. The vinyl copy of the phenomenal live album Earthbound, is one of my most treasured possessions.” 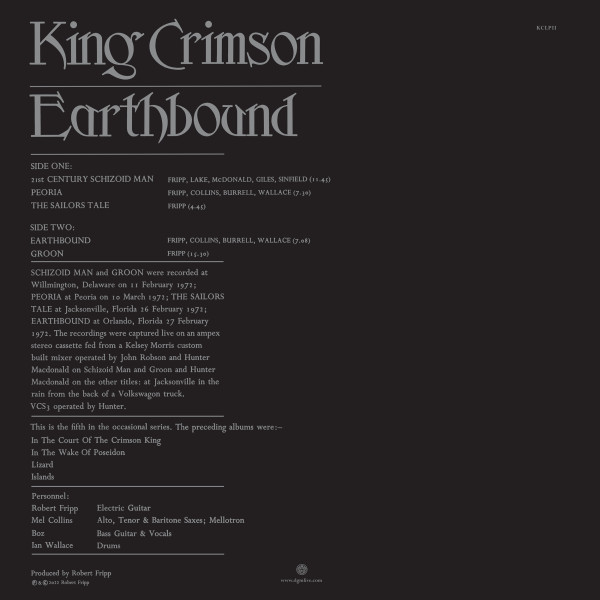 With Robert Fripp and Mel Collins having both appeared in the 2014/2021 line-ups and the Islands era material a regular feature of those live shows, interest in Earthbound and that era of King Crimson music is probably higher now, 50 years on from the original release, than it was at the time.

Cut by Jason Mitchell at Loud Mastering from the restored masters of the original recordings used for the CD/DVD release in 2017, the new vinyl version is still nobody’s idea of a ‘hi-fi experience’.