DESERT ISLAND CRIM
Posted by Sid Smith on Oct 8, 2006 - This post is archived and may no longer be relevant

Welcome back to our occasional series in which various musicians find themselves washed up on the mythical desert island.  This month we’ve asked looping bass virtuoso Steve Lawson to pick his desert island Crim. 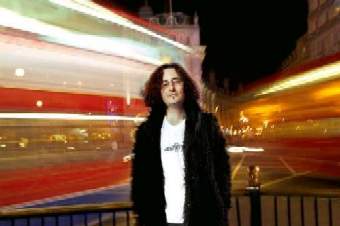 With several solo albums under his belt (see my review of his latest album, Behind Every Word) he’s also collaborated with sax player Theo Travis, and is a well know face on the live circuit, having supported the 21st Century Schizoid Band and Level 42 on their UK tours.  Not one to keep still for very long, Steve is about to embark on a series of European dates.

Steve is a regular blogger offering the Lawson take on the world, but for now we want to know which, if push came to a shove overboard, Crim tracks he would take with him.

Matte Kudasai
I've always been a sucker for a ballad, and on the strength of this, KC should do more of them - some sublime guitar work, a fantastic vocal performance and a beautiful groove. Always ends up on repeat whenever I stick 'Discipline' in the player.

21st Century Schizoid Man
I know, it's a cliché, but the sheer power of it when I first heard it in my teens in the mid 80s was mindblowing. What it must've done to listeners is '69 is unthinkable. All in all, there's a reason why it's still considered by so many to be one of the greatest rock songs of all time.

Three Of A Perfect Pair
Belew at his best, vocally and lyrically - no idea what it means, but isn't that the point? Just as a collection of words, it works for me. Another great Levin/Bruford work out.

Thela Hun Ginjeet
get the feeling I'm a fan of the early 80s incarnation?

And whilst I had Steve’s attention I asked him to cough up the scoop on the last book he read.  Turns out it was a value for money answer – not just one book but two!

"The last two books I read (they overlapped) were Eleanor Rigby by Douglas Coupland and God Has A Dream by Bishop Desmond Tutu – two pretty diverse books, but the similarities are also interesting. 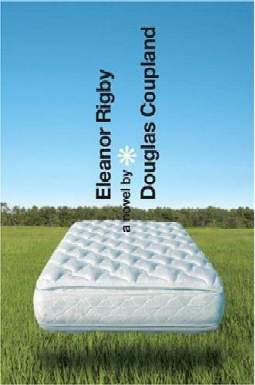 Both writers are acute observers of the human condition and the world in which we live. Both recognise the mess that much of the world is in but write about the hope of redemption - in Coupland's case, it's a far more nebulous belief that things can turn out OK, but arguably no less inspiring and uplifting than the remarkable vision of hope presented by Tutu.

I bought both books because I've been long term readers of both writers, and go to each of them for 'soul food' whenever they have something new on offer."