A SCARCITY OF MIRACLES PRE ORDER
Posted by Sid Smith on Mar 26, 2011 - This post is archived and may no longer be relevant


The new album from Jaksyzk, Fripp & Collins, A Scarcity Of Miracles, is now available on preorder from Burning Shed. They describe the album as "a sonically rich and detailed collection of surprisingly accessible and heartfelt songs which boasts a seductive, widescreen production.

Echoing elements of King Crimson’s unique vocabulary, while presenting a unified group sound far removed from anything previously released under the KC name, A Scarcity Of Miracles manages to be both intimate and epic, complex yet immediate. 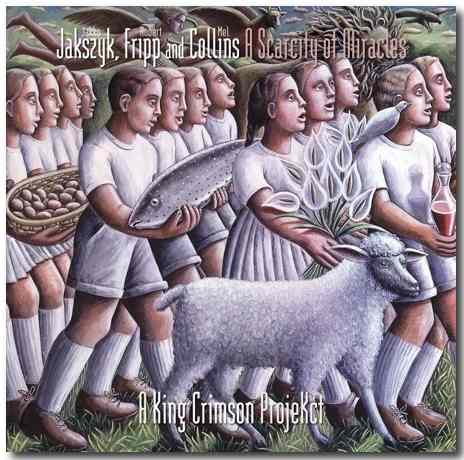 Honouring a great band’s legacy, whilst undoubtedly taking it somewhere new, ASOM is the Crimson related album your wife and ballad loving friend might just fall in love with!

’One of my favourite albums of those where I am a determining element. It has the Crimson gene, but it is not quite KC.’ - Robert Fripp

The album comes as a standard cd, a heavyweight 200gm gatefold vinyl edition and in a deluxe cd / dvda version (which features a 5.1 mix, 24/96 stereo, the ASOM video, and an album’s worth of alternate mixes and improvs from the original sessions).

The Music For Quiet Moments series completes this Friday, April 23rd, with the premiere of Time And...