Each app features a different selection of performances by Travis and Fripp, contrasting in mood and key. This trilogy recreates the unpredictable dynamics of live performance, creating a new experience on each listen.

The three apps utilise a wide selection of performances by the pair ingeniously designed to work together in infinite permutations. Both Travis and Fripp have recorded brand new music for the apps in the studio in 2018, but these performances blend and combine with others gathered from live multi-tracks from the albums: Live at Coventry Cathedral, Thread, Discretion and Between the Silence (2018 3CD) and also concert recordings from Malaga, Madrid, Newlyn, Rome, Broad Chalke and the Bath Festival. 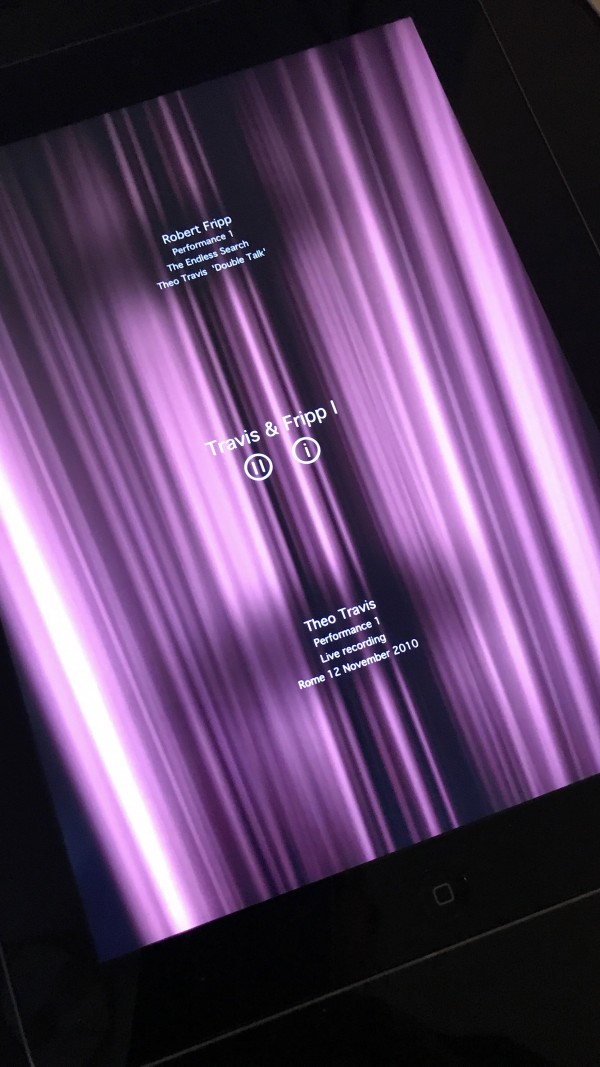 Developed by Peter Chilvers, who has previously collaborated with Brian Eno on the apps Bloom, Trope and Reflection, each recombines a selection of performances painstaking assembled by Travis from multi-track recordings from over a decade of collaboration, enabling old performances to mix with new, studio recordings to mix with live, and exclusive unreleased material to play with familiar performances. 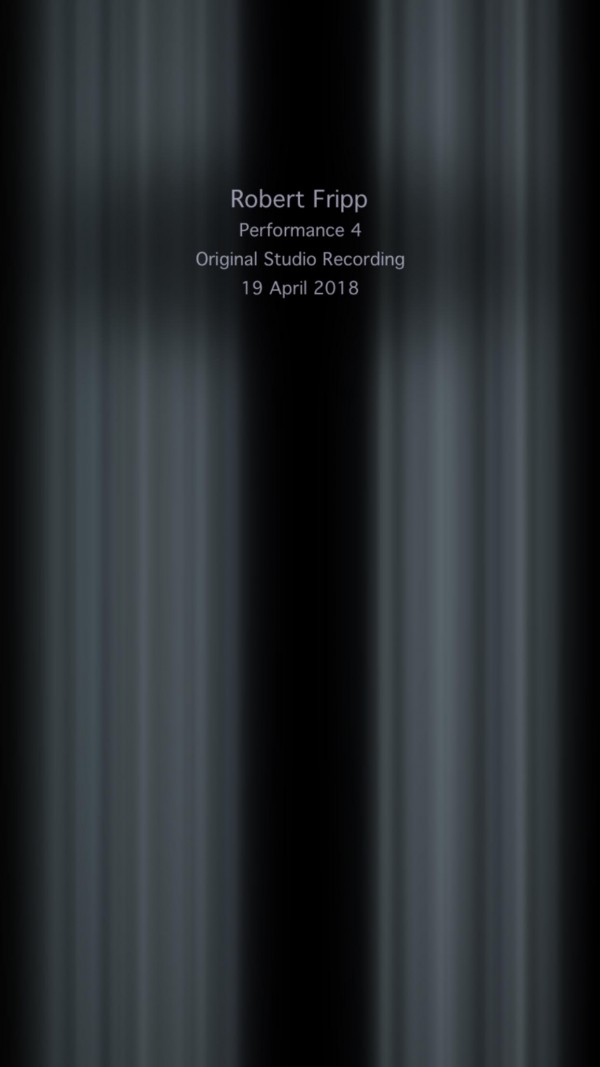 The apps present a unique type of performance of musical texture and space, the building of long slow melodies, and the creation of slowly shifting harmonic soundscapes. Once the apps are started they will play continuously allowing endless performances by this remarkable duo. 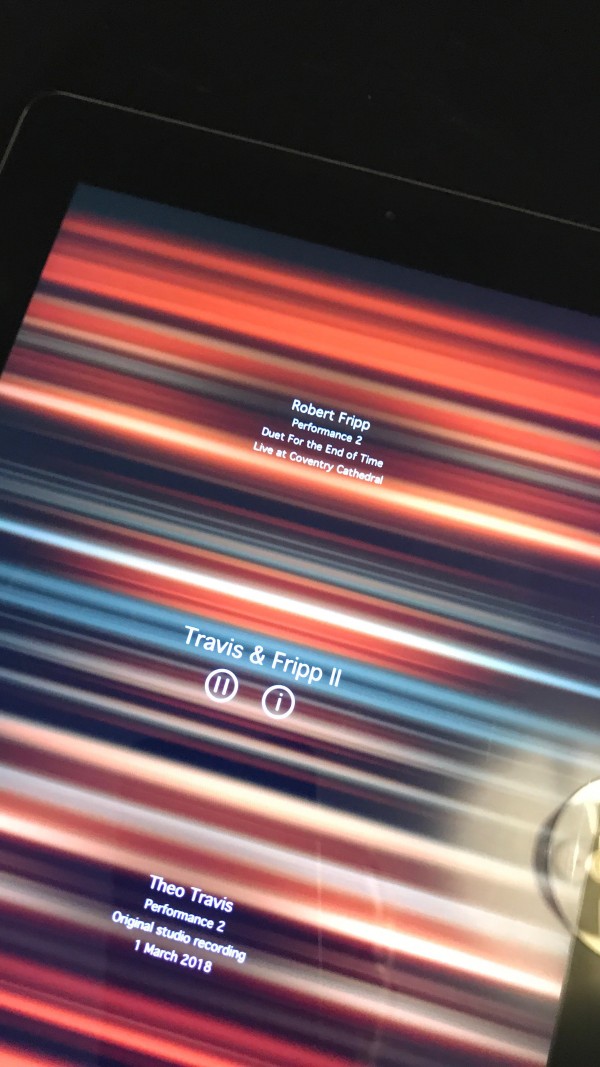 Each app has its own flavour and unique slowly flowing beautiful visuals responding specifically to the music.

Thanks to Sean Hewitt for the pics of the apps in action.