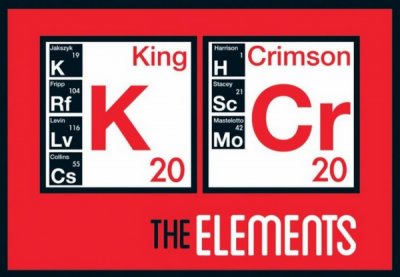 Although King Crimson’s 2020 tour had to be postponed the very popular tour box will be released on 4th September. In the time-honoured ‘the show must go on’ tradition, the two-disc set will feature a range of tracks including many appearing on CD for the first time.

The seventh box in the series will come in the DVD-sized fold-out digipack style bookcase and include a 24-page book with an introductory note from Robert Fripp, photos of the band and memorabilia, and a 2000-word essay by Sid Smith.

*Inner Knot is now offering a free mask through the end of August, with each $50.00 purchase, showcasing the cover art from Islands.

The t-shirt from the tour that never was - (but is now re-scheduled for next year) featuring "We Print Electric Colour” on the front and the postponed tour dates on the back.

All artist & label proceeds from sales of this shirt

will be shared amongst King Crimson's road crew. 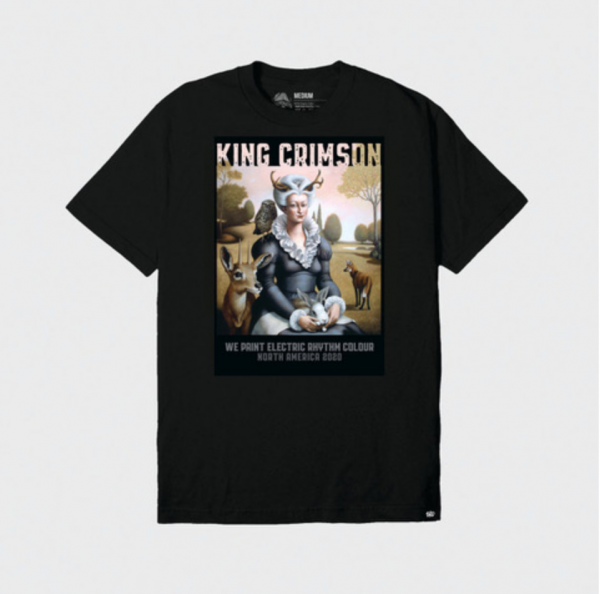 A feature of every King Crimson tour since the current line-up started in 2014 has been the acclaimed Tour Box series, now into its seventh annual release. So, what to do when a tour is postponed?

Should there even be a 2020 tour box and if so, what themes and stories should it tell?

The answer to those questions is released on September 4th – with the circumstances in which it was compiled determining both music & written material.

As usual, the two discs aim to cover the full spectrum of Crimsonising with music and line-ups from 1969 – 2019. Disc one presents a mostly live/mostly new to CD selection of material including four tracks taken from the 2019 tour

The main sleeve-notes by KC historian Sid Smith present a series of highly plausible ‘what if?’ scenarios. Starting from 1969, his 2000 word essay traces a counterfactual history of the band had various tours not been canceled or postponed, had various members not quit or had joined, following the routes and pathways a band called King Crimson could have followed had things turned out slightly different along the way.

Disc two, in keeping with the theme of Smith’s notes, presents pieces played only occasionally by the current line-up – Exiles & Sheltering Sky, pieces from the studio – both King Crimson & Robert Fripp that were never completed or developed in different ways, material that never made it to a studio recording – The Errors, Dr. Diamond, Trees (extract), Guts on my Side, etc. All combine to present a convincing musical counter-history of the band.

So, while in keeping with the spirit of earlier releases in the series, this is also a very different tour-box to its companions, and one which, as it has to stand alone and represent a tour that should have been/will be, also stands slightly apart… 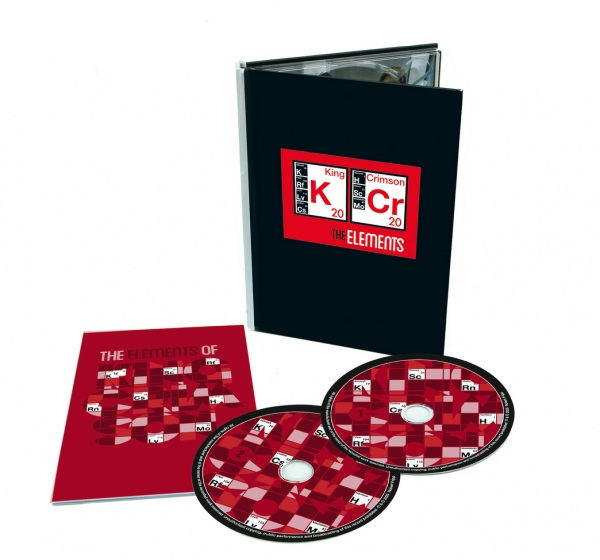