A new series of 2LPs sets covering THRAK, The ReconstruKction Of Light and The Power To Believe will be released in September bringing these albums to vinyl for the very first time. 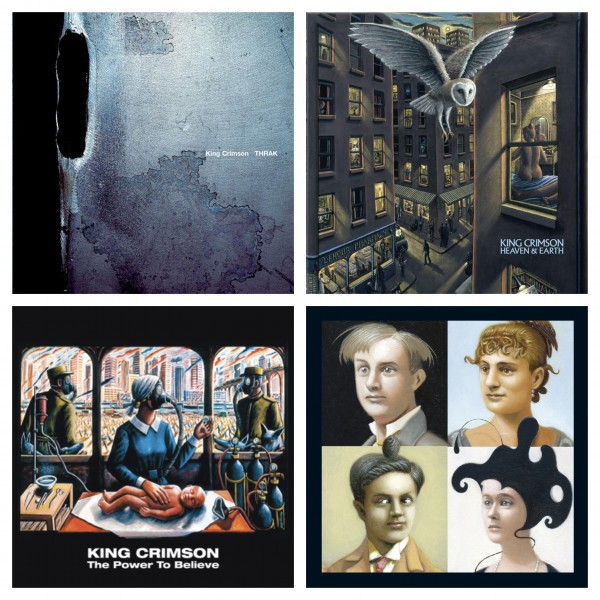 Also coming in September is the 5CD Audio Diary 2014 - 2018 that previously only been available at the band’s recent 2019 live concerts & is already much-in-demand as a result of that limited availability.

THRAK (1995) appears in an expanded edition with the main album taking up sides one – three. Side four features four tracks taken from the VROOOM mini-album which preceded the THRAK sessions plus the complete ‘Inner Garden’ taken from the THRAK BOX set.

The ReconstruKction of Light appears in its acclaimed 2019 mix on sides one - three complete with newly recorded drum parts and Heaven and Earth by ProjeKct X (as on the original album). Side four features two live recordings taken from the Heaven & Earth boxed set, the powerful improv: Mastelotticus SS Blasticus & The Deception of the Thrush – a live favourite that was, inexplicably, never recorded by KC in the studio during that period.

The Power to Believe features in its 2019 expanded master on sides one to three, including the Sus-tayn-Z suite. Side four features eight tracks taken from the mini-album Happy with what you have to be Happy with.

As King Crimson’s current line-up continues to delight and astonish audiences on its 50th anniversary celebration tour, the DGM/Panegryic release programme continues with first time vinyl editions of the band’s final (to date) studio albums, THRAK, The ReconstruKction of Light and The Power to Believe.

With all three titles clocking in at a length commensurate with three sides of vinyl the decision was taken to add appropriate accompanying material to each bringing them up to double vinyl length. In the case of THRAK & The Power to Believe, the additional material is mainly taken from the two mini-albums that were recorded and issued as ‘tasters’ for the studio recordings, while the wealth of live material gathered for the recent Heaven & Earth boxed set provided multiple choices for the additional material on The ReconstruKction of Light, though the inclusion of ‘Deception of the Thrush’ was always a given.

Side one
Vrooom
Coda: Marine 475
Dinosaur
Walking on Air

Side Two
B’Boom
Thrak
Inner Garden I
People
Radio I

Side Three
Larks' Tongues in Aspic, Pt. 4
Heaven and Earth

Side Four
Mastelotticus SS Blasticus
The Deception of the Thrush

Side Four 1, 2 taken from Live ConstruKction on the Heaven & Earth boxed set

Side Four 1 - 8 from Happy with… mini-album
There have been persistent requests from the core KC fan-base for these titles as vinyl releases in the past few years and with all the earlier King Crimson studio albums now available as 200gram vinyl editions, these titles complete the KC vinyl studio collection. 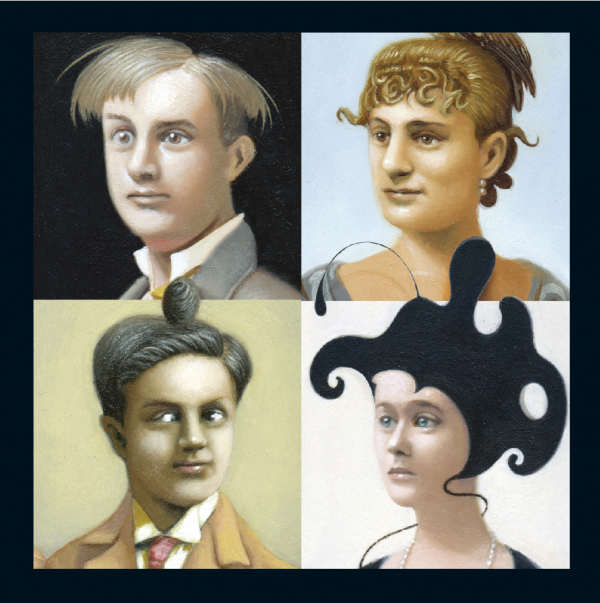 Back in 1969, King Crimson made its reputation as a live band – initially with the hipsters, scene setters & other musicians who frequented the likes of the Speakeasy & The Marquee in London, then, more broadly, with a breakthrough gig to a vast mainstream audience as guests on the bill with The Rolling Stones in Hyde Park in July of that year. So it’s appropriate that the current incarnation of King Crimson was to be found just opposite the entrance to Hyde Park at the end of June 2019 almost 50 years on from that concert, playing a trio of packed gigs at the Royal Albert Hall.

Then, as now, it’s the live performance that’s key to the band.

The current line-up - the longest surviving in Crimson’s half century of existence – started touring in September 2014 & hasn’t stopped since. Now routinely spoken of in terms of ‘best live band in the world’, the band’s reputation has been further enhanced via a series of live releases beginning with the “Live at the Orpheum” mini-album (2015) & running to last year’s 3CD/Blu-Ray “Meltdown” set, drawn from a series of concerts in Mexico in 2017.

With a vast repertoire covering material from the debut album “In the Court of the Crimson King” (including ‘Moonchild’ which was never performed in 1969) through to works from “Lizard” which, likewise, was never performed at the time, Crim classics from “Islands”, “Larks’ Tongues in Aspic”, “Red” & other studio albums, through to compositions from Fripp’s solo album “Exposure” (‘Breathless’), radical reinterpretations of 80s material (‘Neurotica’, ‘Indiscipline’), to songs from the current KC band precursor album by Jakszyk, Fripp Collins (‘A Scarcity of Miracles’, ‘The Light of Day’) and newly written pieces for this line-up, (‘Meltdown’, ‘Radical Action’), this 5CD set provides a comprehensive overview of 5 years’ worth of concerts – one year per CD – with performances selected from that first concert in Albany New York in 2014, to the band’s penultimate 2018 concert in Tokyo.

CD1is fully mixed from multi-track tapes by Robert Fripp & Jakko Jakszyk, while the other 4 CDs are taken from the band’s stereo soundboard recordings, the most accurate recorded representation of the live band in the opinion/ears of many of the band’s hardcore fans.