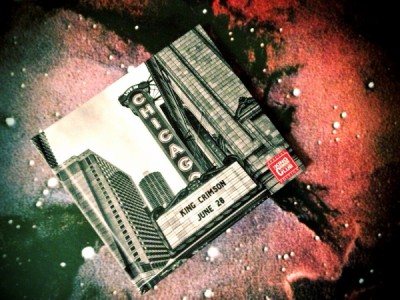 Here's a bunch of reviews and honourable mentions of King Crimson focussing primarily on Live In Chicago and the Sailors' Tales boxed set that you may have missed. 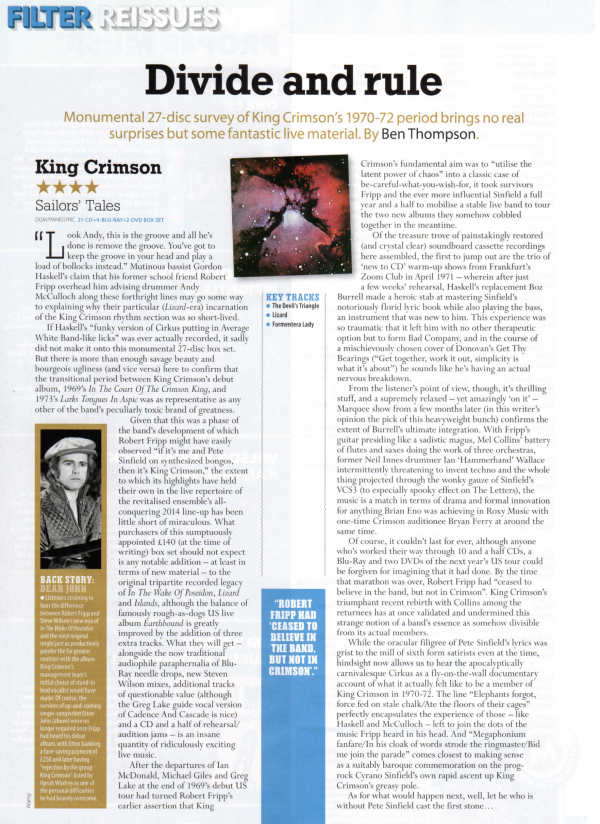 For those who read German, Berliner Zeitung had this to say... 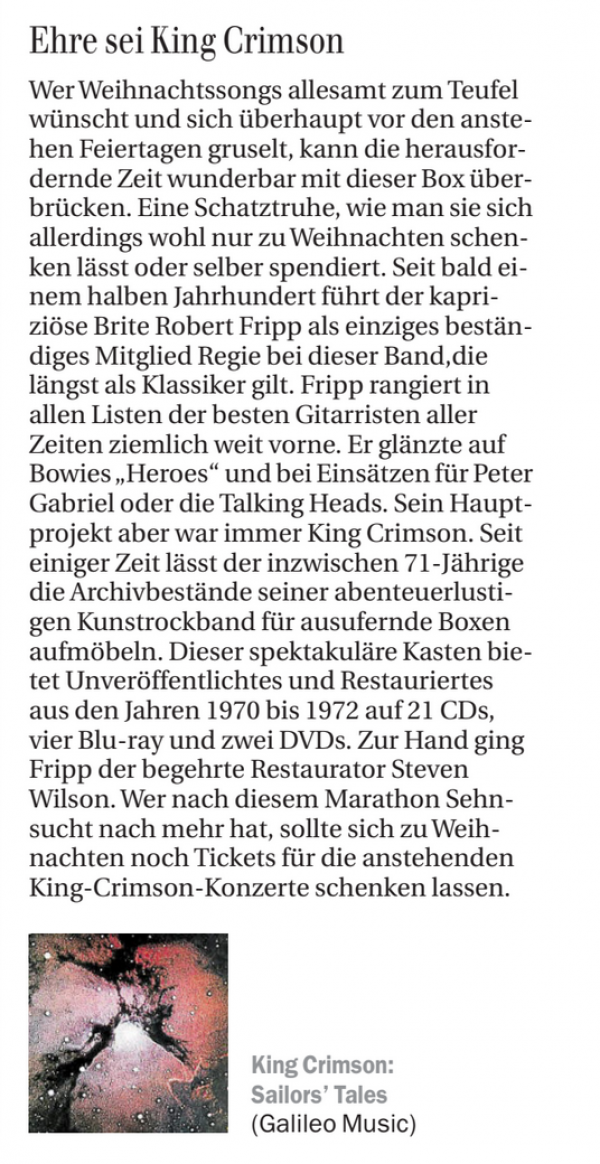 Classic Rock Italian edition was enamoured with Live In Chicago. The review was 9/10. The 7 is a typo, apparently!

All About Jazz critic John Kelman found space in his Best of 2017 list for Sailors' Tales and Live In Chicago in addition to Bill Bruford's Seems Like A Lifetime Ago featuring Jakko Jakszyk's new stereo and surround sound mixes. Read 'em all here.  Finally, music biz insider, Syd Schwartz put Live In Chicago at the top of his overview of 2017. Read it here.