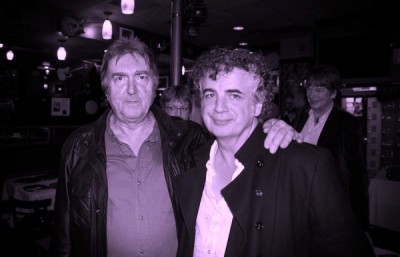 The passing of innovative guitarist Allan Holdsworth at the weekend has saddened fans and fellow musicians around the world. Named by Robert Fripp as one of the three guitarists whose work he admired (the other two were John McLaughlin and John Williams), when answering a question in the British music press in the 1970s, Holdsworth’s most direct connections come from his work first with UK alongside Eddie Jobson, John Wetton and Bill Bruford, and of course, Bill’s solo career. 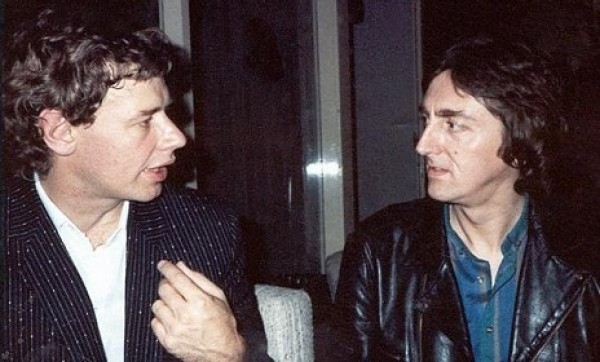 One of the many tributes posted over the weekend included this from Bill Bruford.

With enormous sadness I write to express my condolences to Allan's family on the loss of a much-loved father and grandfather, my friend and colleague. For several years in the 1970s, through my own band and 'UK', I listened to him nightly, launching sheets of sound on an unsuspecting audience, changing perceptions about what guitars and guitarists should or could be doing, thrilling me half to death.I would have paid to be at my own gig.

Allan wasn't easy, but if it was easy it wouldn't have been Allan. Like all creative musicians he was restless and relentless in pursuit of 'the perfect sound', the one that he couldn't get out of his head, the one that would never leave him alone. Now he will be at peace. Still, my guitar gently weeps. 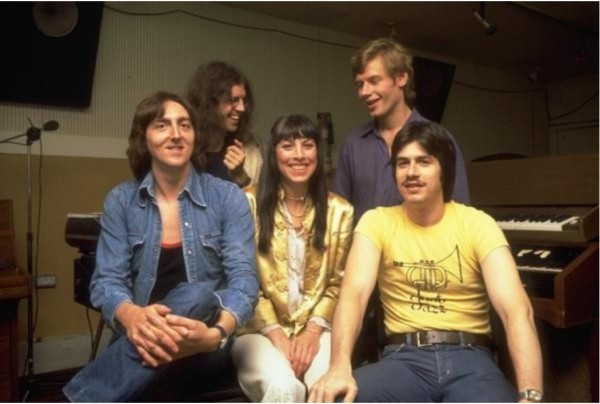 Several years later Holdsworth worked with Pat Mastelotto, Terry Bozzio and Tony Levin who toured under the name HoBoLaMa. Pat shared this recollection of his encounters with Holdsworth.

Crim is rehearsing a ballad (I have a long tacet) and I'm thinking of Allan and his family... wondering if I should post what I wrote yesterday? With my wife's encouragement here goes:

The first Time i saw Allan play, with Gary, was in the early 80s at the country club in Reseda (where I was working as a stagehand) it was an unforgettable show.. A short time later somehow I was invited out to play with Alan at the Charvel  guitar factory, it was just the two of us and it didn't last long. Fast forward to 2008 and I met Allan again via Terry Bozzio. Preshow I was practicing on a pad down in the parking garage below the venue when Allan's hand reached through the gate to let himself in ... having only arrived in Japan from America the night before he'd overslept .. and the first thing he said to me was I need a drink ... I thought he meant coffee and offered one , he replied oh yeah I'll take that too.  We did two improvised sets for two nights... after the show signing autographs I started to share his tequila and tonic,(T&T). since the other members of the ensemble didn't drink I found myself at the bar with Allan many many nights and learned what a fragile self depreciate humble person he was... I was lucky enough to get to tour with Allan several more times ..one time in particular we did 28 shows in 29 days all over Europe with he and I sitting in the backseat of the sprinter together for every trip.. we talked and bonded and it wasn't all about alcohol,  I learned about bicycles and children and music and animals and so many things from time with him.  He was a tender soul. I miss him, a lot, and I saluted his passing with a T&T and tears last night.

Finally, Jakko Jakszyk offered his thoughts on a guitarist who did much to inspire and assist him in his early career.

I've had three musical heroes in my life
Allan Holdsworth was one
An innovator & a genius who played guitar like no One before him - and after? Just imitators
When I was 16 I called him having pretended to his record label that I was an old friend.
I asked if he gave lessons
He said no
'But you can come round if you like'
So I did
Every week for a while
He was generous with his time and taught me lots about sound. Guitars, pickups and amps
I'd play some chords and he'd solo in front of me
It was both frightening and inspiring
Our paths would cross every now And then over the years
In September 2014 King Crimsons last show of 4 in New York, coincided with Allan playing at the Iridium on Broadway
We caught the 2nd set
Here are two pictures Tony Levin took that evening
Allan gave me a big hug
He told all those around us how great I was
I said that compared to him I was a total beginner - with no strings on my guitar.
It's hard to take when your heroes go
This is even harder
To the great & incomparable Allan Holdsworth
It was an honour to know you 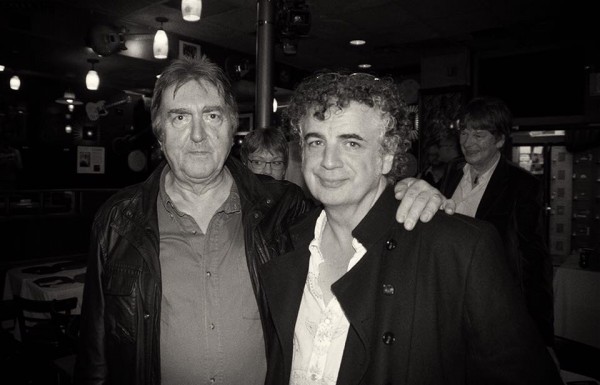 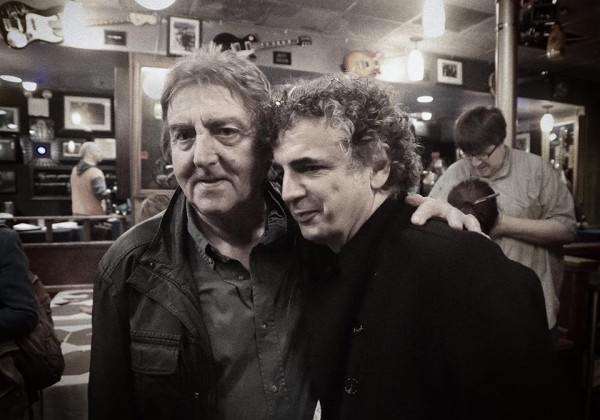 A Go Fund Me campaign has been set-up by Allan's family to help cover his funeral costs. More details can be found here.