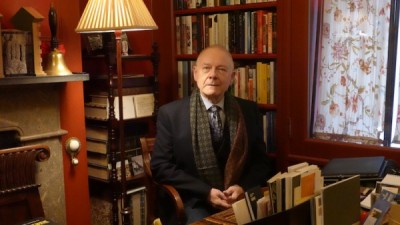 A very happy New Year to all the many visitors to this site. There's a lot of Crimson-related activity to look forward to in the coming months including the large 1969 boxed set, "In the Court of the Crimson King 1969 complete recordings” and Toby Amies' Crimson documentary, as well live dates which are currently being worked on. Full details on these and other items of interest will be made available soon.

Last night, Robert and Toyah posted this picture onto the interwebs... 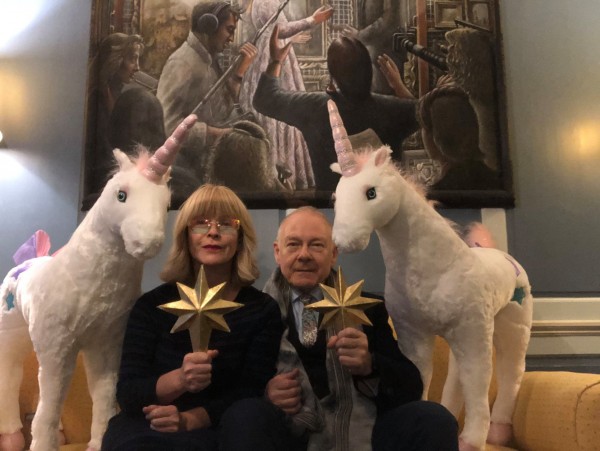 Earlier today, following on from Toyah's message regarding the importance of feeding unicorns, Robert added..."It is a conventional assumption that unicorns are mythical creatures: not so! They are magical creatures, benevolent and compassionate intelligences assuming the form of soft toys that they may communicate directly with children, and those whose inner child remains available. Unicorns form a bridge between the unconditioned and conditioned, the noumenal and phenomenal, worlds. Dietary recommendation: starbursts. These are both nutritious and considered by unicorns to be highly tasty." 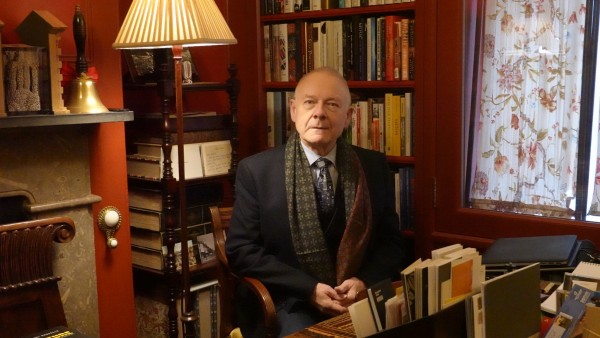 this Season of Christmas and the New Year. Hooray! to all of us."