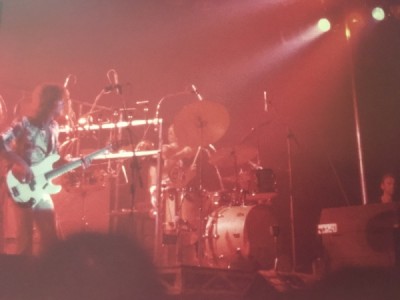 John Wetton, Bill Bruford, David Cross, and Robert Fripp played their last concert together on this day 46 years ago. The previous evening the band had played in Providence and were inching their way toward the finishing line of what had been a grueling and sometimes harrowing tour.

Although he was unaware of it at the time, it had been decided that Cross would not be continuing with the group once they returned to the UK. Consequently, emotions were high at this show, with Fripp noting in his diary, "Tremendous energy surge. V.strong. Nearly wept at one point, knowing this was the last time I'd be working with DC.” 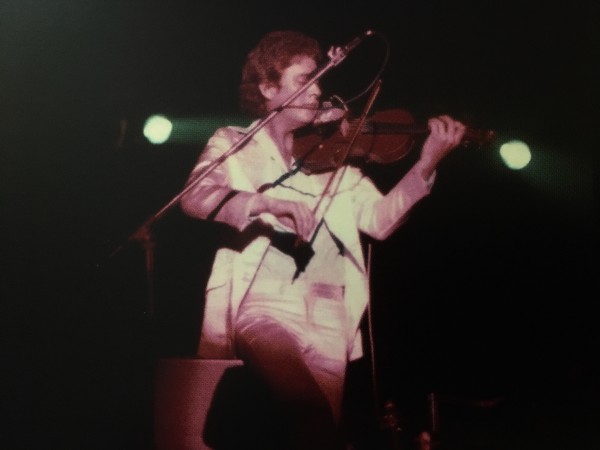 But the gig nearly didn’t happen due to a terrible mains hum which threatened to swamp the PA sound. Fripp’s inclination was to cancel unless the technical difficulties could be overcome. A vote was taken and it was agreed to go ahead regardless. Wetton's dairy for the gig noted that "the deafening phase hum miraculously disappeared seconds before we took to the stage as if a power greater willed this to happen. It certainly felt that way." 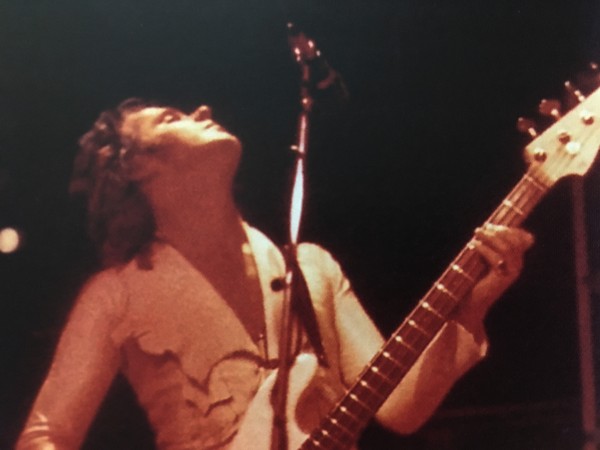 At a little after 8.30 pm, as the mellifluous strains of No Pussyfooting – still unreleased in the USA at that point – gently massaged the atmosphere, Crimson took the stage with a highly flammable 21st Century Schizoid Man. 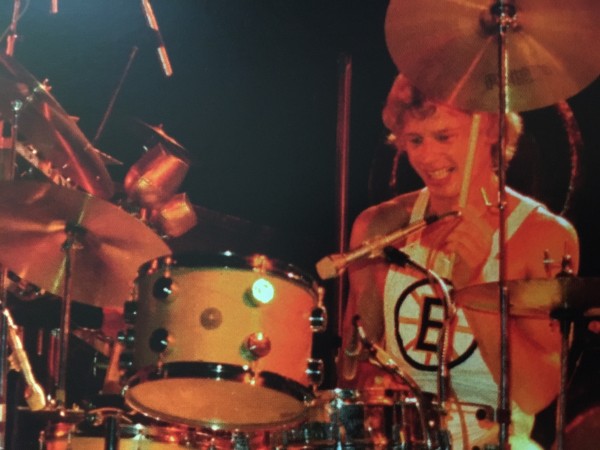 Towards the end of the set, the band played their epic new number Starless. Fripp recalls: “As the sun went down and we moved into the ominous bass riff emerging from the Starless vocal, red stage lights faded up from behind the band. For me, a stunning theatrical moment highlighting the tension within the piece and the group; a moment of resonance.” 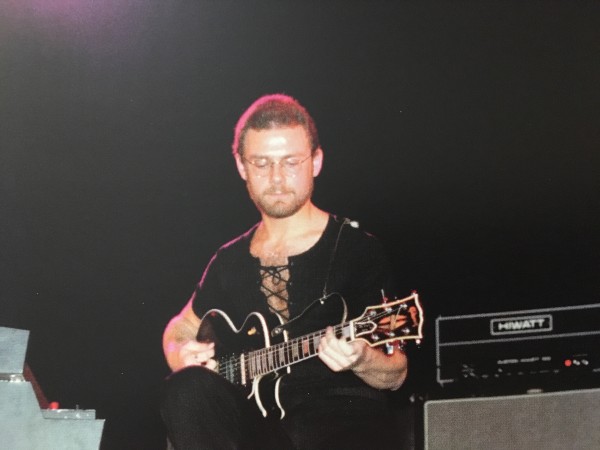 John Wetton's diary at the time recorded that this was "Best Crimso gig ever."  Later he recalled, “I don’t think you get that level of energy in bands that often. I don’t think there were that many bands around at the time, doing that kind of stuff, who could touch us.” 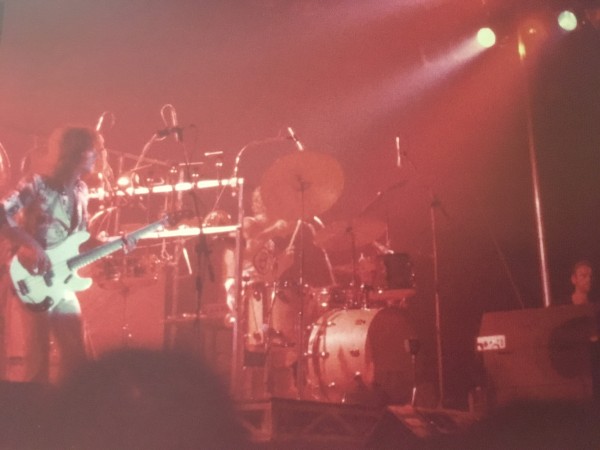 Although he later enjoyed a far more lucrative career in Asia, who at one point sold 800,000 units a day, John was in no doubt which part of his career meant the most to him. “If I shuffle off this mortal coil tomorrow, that gig would be the one for me. All the stuff with Asia and everything else is just icing on the cake. That was the one ... it was almost tearful it was so emotional. It should have been the beginning of something rather than an ending.”

A week later the remaining trio began work on Red. Although the band had employed the services of the Record Plant's mobile recording, it wasn't present at this event. An audience recording of the show was given to the KC archive and was released as part of the King Crimson Collectors' Club in 2000... 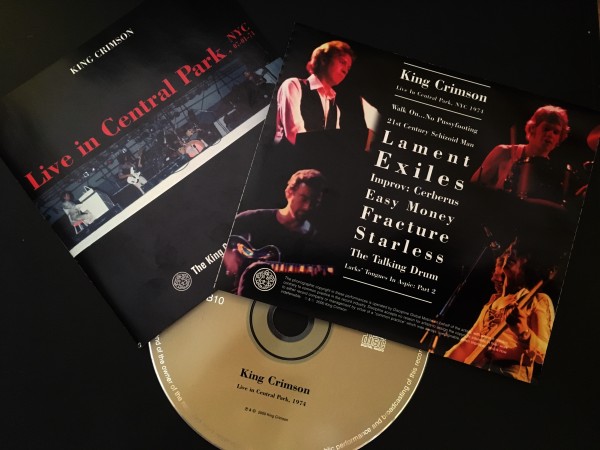 Manny Maris was one of the many people who witnessed the show that evening. "Of the 170 plus times I've seen RF perform in various formations and solo, this was the only time I took pictures [Rolleiflex 66 with Polaroid back] or employed any recording devices whatsoever except for my ears. 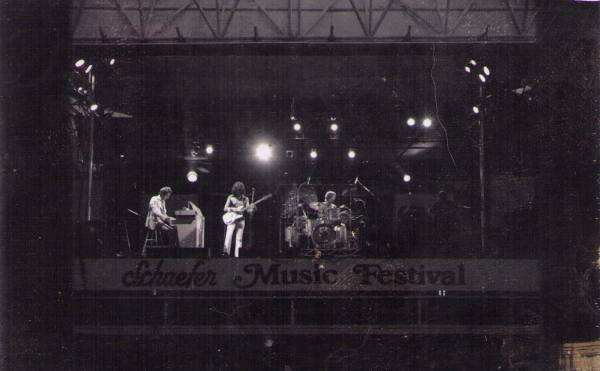 It wasn't just Robert Fripp's spine tingling at this very singular show, I assure you - everyone I knew there felt like they had been abducted by extra-dimensional beings for a two-hour trip through a musical wormhole at light speed. I used absolutely no substance enhancements of any kind, and left with an out-of-body experience; never had had one before and rarely since." 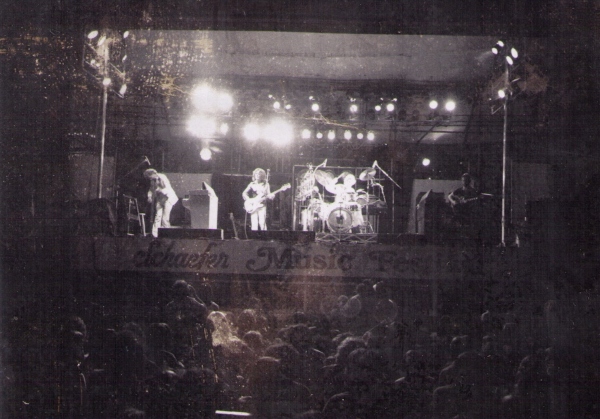