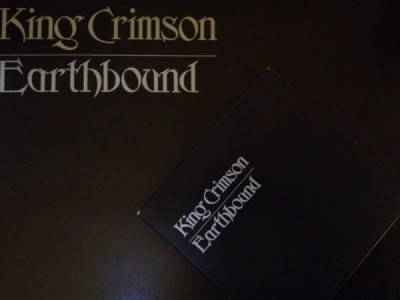 On this date 45 years ago Earthbound was released.  Appearing on the budget HELP label and costing just £1.35 the album captured the first and final tour of the Boz Burrell, Ian Wallace, Mel Collins and Robert Fripp line-up. 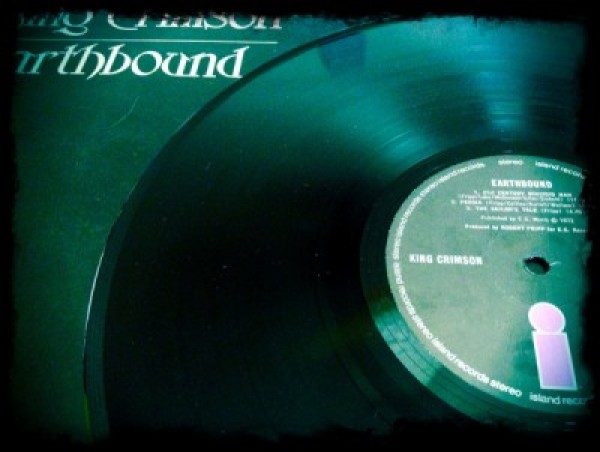 Following the departure of Peter Sinfield in 1971, the band convened in January for rehearsals but split up on the same day. When he heard the news from Fripp, a highly agitated David Enthoven, who was still Crimson’s manager at the time, persuaded Fripp that Crimson were contractually obliged to return to the States in February. Enthoven managed to cajole the others into returning. Against all their better judgements, the band reunited and continued to prepare for another trek to America. Fripp believes the band were deceived. “David told us that the tour had been booked and we were contractually liable; so, we had to go ahead with the tour. But a group that breaks up isn’t able to tour. The same situation was repeated in 1974 following the break-up after Red.” 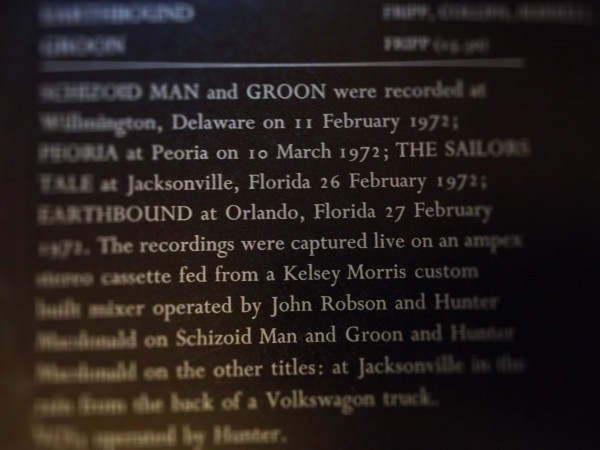 On tour the atmosphere lifted considerably and they became looser both socially and musically.  With Sinfield no longer around, Burrell felt able to refuse to perform songs with lyrics he felt to be unsingable, ie Formentera Lady and The Letters, and the band began to stretch out into a bluesy funk territory.

This caused some raised eyebrows, as Ian Wallace recalls "Alexis Korner was opening up, we were in the middle and Humble Pie were closing and for our encore I got up on stage, looked up and shouted to Mel and Boz ‘12-bar blues in G’ and I remember Boz looking at me saying ‘You can't do that!’ and I said ‘Watch me’ and I started up and everybody joined in.  Fripp on the other hand sat on his stool with his guitar round his neck with his hands on his lap looking down, tight-lipped and never played a note. Alexis Korner and Humble Pie and everybody backstage freaked out. "

In his sleevenotes to the Live At Jacksonville 1972 KCCC release, Fripp writes: "Improvisation has played an important, even critical role, in all Crims.  This live Crimson was more a jamming than improvising outfit."  Wallace takes umbrage at this description, which implicitly downgrades the band.  Responding to the criticism in his notes for the KCCC release Live At Summit Studios, Wallace argues: "I think we improvised rather well, improvisation being the creation of a fresh vocabulary of notes and tones over a previously constructed format.  Just like jazz musicians would play the 'head' of a standard and then solo around the chord sequence."

Listening to the relevant Club releases and the mainstream live album Earthbound, one is struck by the force of the performances. This band’s rendition of 21st Century Schizoid Man from Earthbound has a seething, blistering quality which is at least equal to anything which the previous incarnation managed and indeed compares well to the version which followed it. The principal differences can be measured in the improvised tracks such as Peoria, Earthbound, Summit Going On and on the Earthbound version of Groon which, at around 5:30 into the track, sounds like another band trying to rip its way out of the shell of Crimson.

These pieces clearly demonstrate the conflicting gravitational forces which would have inevitably pulled the band apart.  Fripp already had Yes drummer Bill Bruford in his sights as a possible band member; he had also approached Jon Hiseman, although nothing came of that. Yet, as the tour progressed, the majority of the band were enjoying themselves immensely and Wallace recalls talking to Fripp about the possibilities of carrying something on after the tour.  "Everybody started getting along well and the Summit gig is toward the end of the tour and I do remember that Boz and I went to Fripp and said to him that we'd like to carry on but he was already making his plans and was already talking to Bill (Bruford) and so it was over. It could have gone on and we were all up for that and maybe that's where some of Boz's bitterness lies because, at that time and at that moment, Boz really wanted to carry on.  We had so much fun on that tour and I know Robert did. The three of us didn't want to break up."

Fripp was doubtful. “Could it have gone on? The question is: could this band have played Larks’ Tongues In Aspic?  Not in terms of, did they have the technical ability to play it?  But, was this a music they would have picked up and run with? The growing difficulty for me was that I had ceased to believe in the band, but not in Crimson. That is, I ceased to believe that this particular formation could ‘give voice’ to Crimson (with or without Peter). Clearly, the musicianship is always at least excellent, and frequently outstanding. For all of Boz’s technical limitations, purely because of his little time on the instrument, his musicianship and sheer love of music is never in doubt."

At the end of King Crimson’s tour in April 1972,Collins, Wallace and Boz stayed on in America to play with Alexis Korner, while Fripp returned to the UK and began sorting through the cassette soundboard tapes that would eventually become Earthbound. 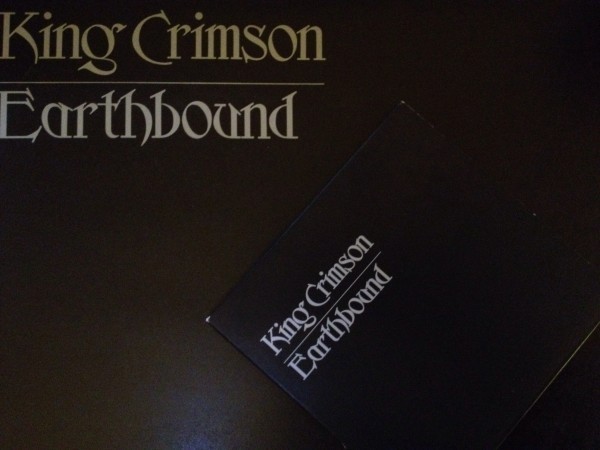 No, not a label change but a report back from Fripp & Fripp's recent talk in Washington.