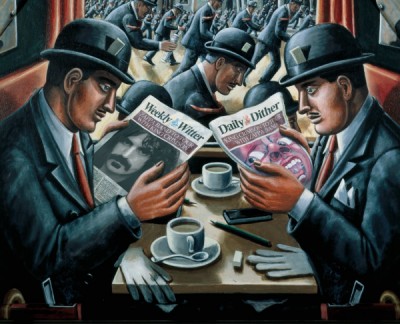 We have now added The Royal Package for Louisville and hope to add Baltimore before the end of the day. They are on sale here.  Ravinia will be added later, as they first need to confirm seating with their membership.

Several eagle-eyed people have also pointed out that the information in the recent newsletters (that there would be no Zappa Band and no Royal Packages at festivals) is already wrong. Indeed it is! Partly...

We have indeed succeeded in selling Royal Package seats at the festival in Montreal, and they are now on sale here.

It is also true that the Zappa Band are playing some of the same festivals as King Crimson - but these appearances have been independently arranged and therefore they will not necessarily be on the same stage as us. That is entirely in the hands of the various festivals.