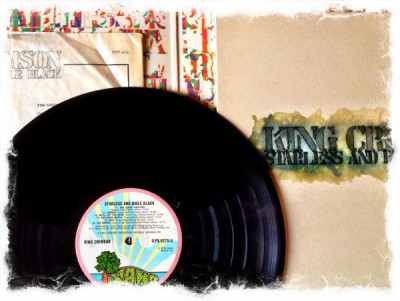 To begin at the beginning: today is International Dylan Thomas Day, which you can find out more about here, which of course Crimheads can celebrate by playing the title track from KC’s Starless And Bible Black.

The phrase from which the album takes its name was written by Dylan Thomas (hence the acknowledgement on the album's back cover) and was taken from Thomas' play for radio, Under Milk Wood broadcast by the BBC in 1954. Here's the first four minutes of the BBC's 2014 TV production read by Michael Sheen.

Opening Of Under Milk Wood - Michael Sheen by poetictouch