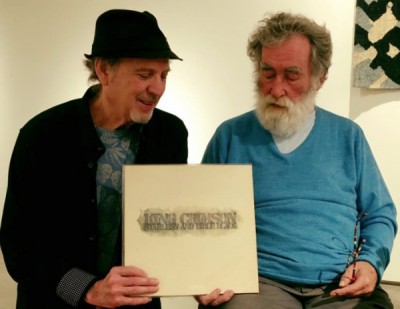 Ex-Crim, David Cross has met up with Starless And Bible Black cover artist, Tom Phillips. The pair met at the Flowers Gallery in London where a show celebrating Phillips' extensive work has just closed. As far as we know David is the first member of King Crimson to have met Phillips who was commissioned by EG Management to undertake the painting after Brian Eno had recommended the artist's work to Robert Fripp. 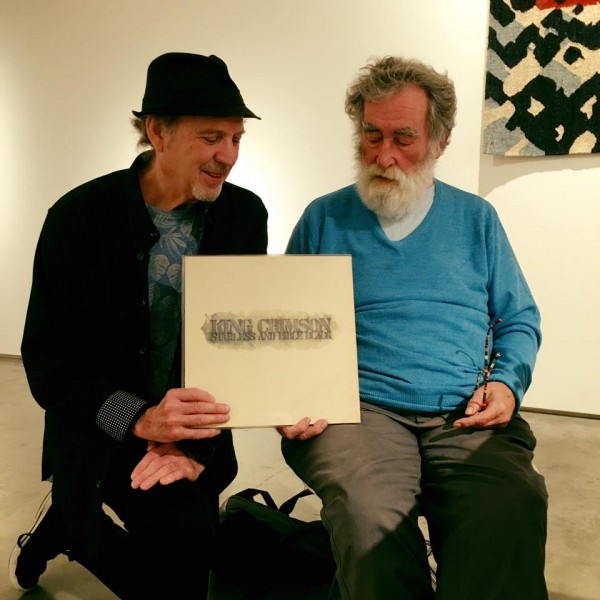 David reported "While I was chatting with Tom Phillips he mentioned that he'd never heard the album and asked me if it was any good. I told him that it had stood the test of time as had his art."

David's wife, Chiemi, shared the photos of the meeting on Facebook commenting, "This original vinyl (LP), we found at David's Mum's house when she passed away in 2015."  Phllips also signed the album for David... 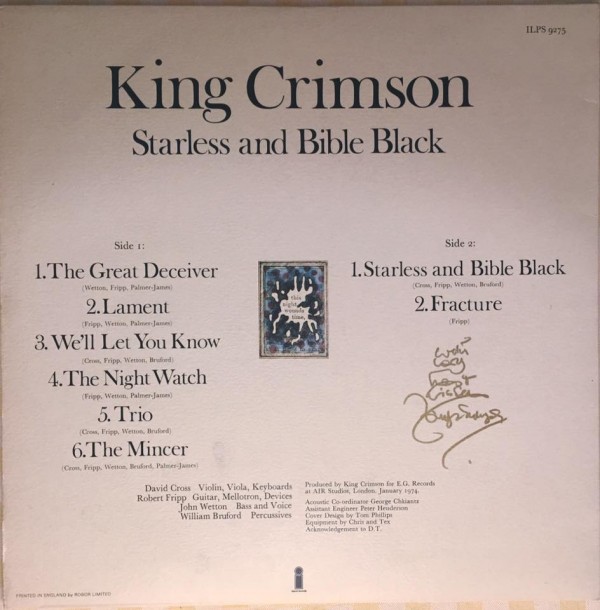 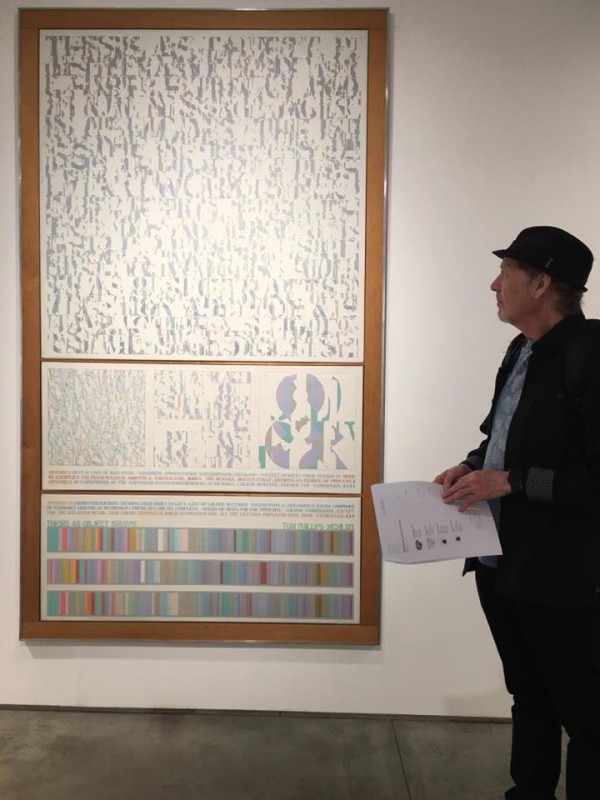 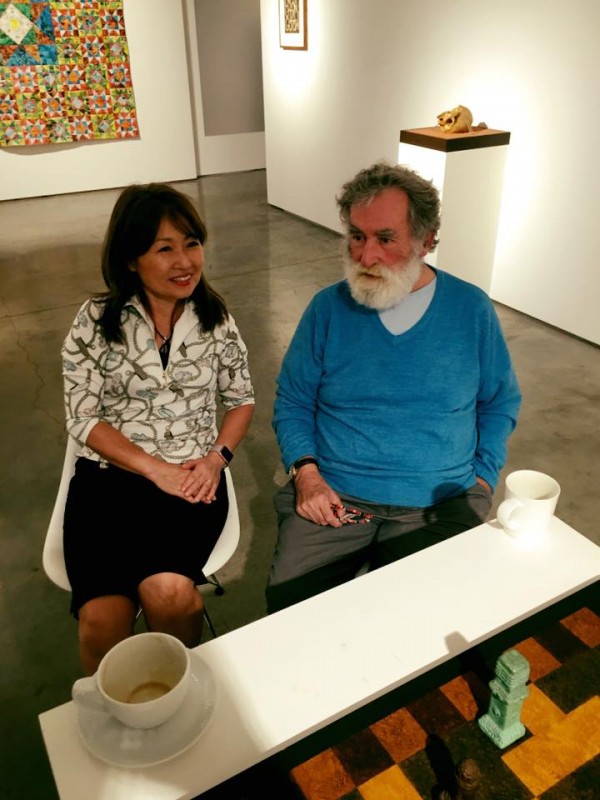 Many thanks to Chiemi Cross.