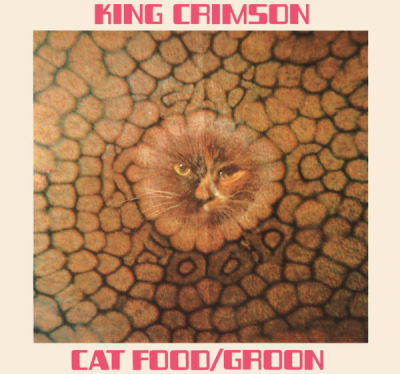 This year will see the 50th-anniversary of the release of King Crimson’s first non-album single. To mark this momentous occasion a new 4-track EP issued on 10inch vinyl and CD will be available to buy on March 6th 2020. The Cat Food EP is available to buy as a stand-alone purchase or in a bundle with T-shirt. 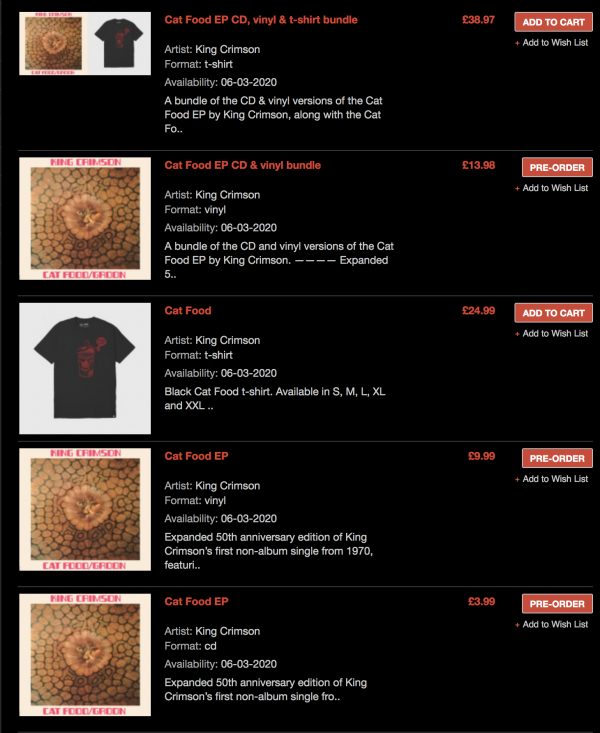 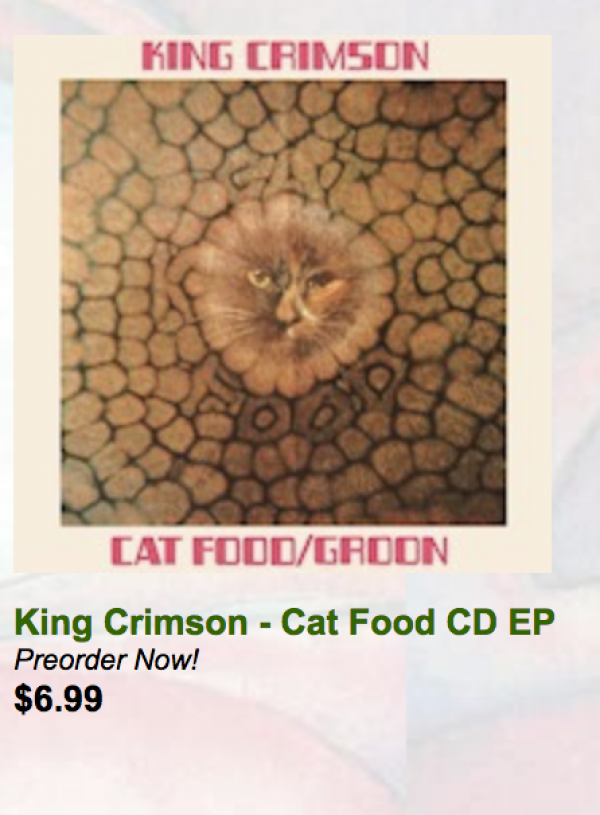 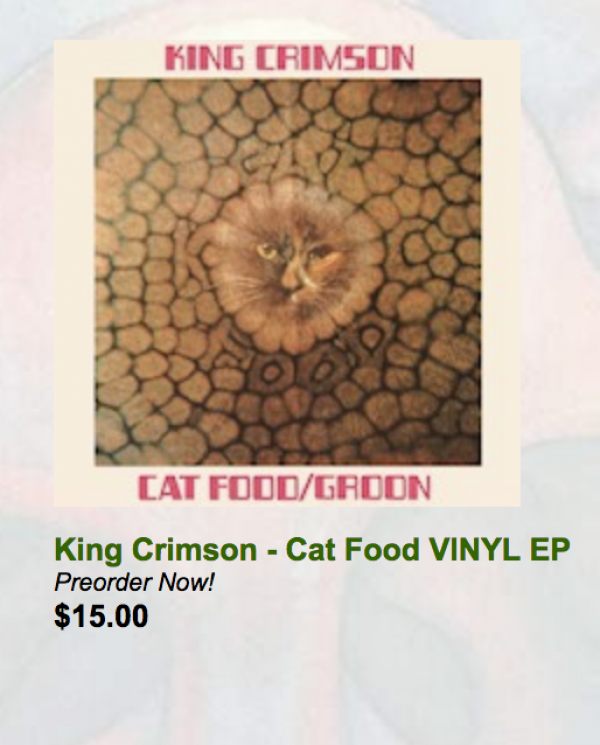 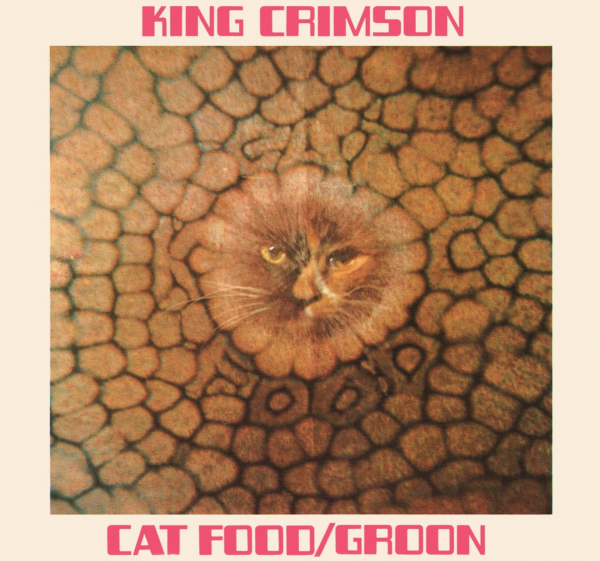 In addition to Cat Food (single version) and Groon (original B-side) it also comes with a live vision of Cat Food performed by the current band in Toronto in September 2019. There’s also an alternative mix of the album version by David Singleton which formed part of the KC50 digital series. With artwork derived from Peter Sinfield’s original 7inch cover this special edition is a must for Crim Kats.

Even by the frequently, if unintentionally, bizarre history of the UK’s premier chart television show ‘Top of the Pops’ there are few less likely performances than that of a temporary line-up of King Crimson miming to the band’s early 1970 single release ‘Cat Food’. The band’s first (& only) - isolated from album release - foray into the fickle world of the singles market did not, even with a TOTP appearance, produce a hit to dominate UK & worldwide charts but, along with its non-album b side Groon, both tracks have achieved long term appeal with King Crimson fans & in KC setlists. A longer version of Cat Food would appear on the band’s second studio album in May 1970, “In the Wake of Poseidon”, a live version of Groon was a highlight of the Earthbound Live album while numerous studio takes were featured on both the 40th anniversary CD/DVD-A of “In the Wake of Poseidon” & the “Sailors’ Tales” boxed set. Cat Food appeared in a powerful version on “The Great Deceiver” boxed set & made a lauded return to KC’s repertoire in 2019’s world tour.

This 50th-anniversary edition has been expanded to a four-track release including the A & B sides of the original single, joined by a 2019 live recording, making its first appearance on disc & a mix of the album version of Cat Food undertaken by David Singleton as part of the band’s 50th anniversary digital release series - also making its debut on disc.

Released on 10” vinyl & CD in a picture sleeve replica of the original 7” art, 50 years on, Cat Food retains its distinctive flavour & reputation as being:

“…Not Even Fit for a Horse”