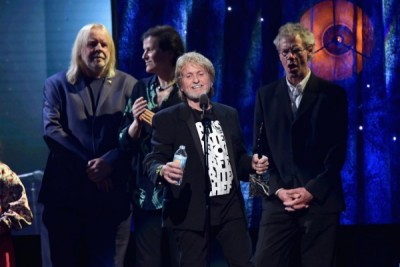 Last week Bill Bruford was one of the members of Yes who were inducted in the Rock and Roll Hall of Fame ceremony held in New York. You can read more about the ceremony here.

Bill, who famously quit Yes to move to King Crimson in 1972 following the completion of Close To The Edge, did not play on stage with the other members of Yes but was content to watch the performance from his seat in the audience. 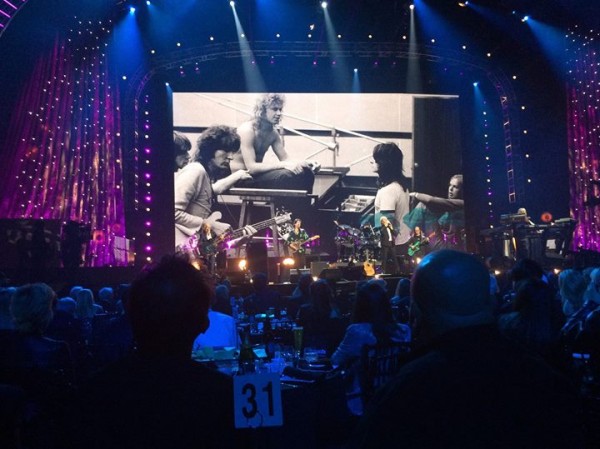 Bill writes, "The view from Table 31 last night at the R & R Hall of Fame Induction ceremony, as Yes play ' Roundabout'. Bill, happily, was the only topless drummer of the evening who sat on a piano."

Bruford on air & in print

Four of a kind

Bill talks about his boxed set