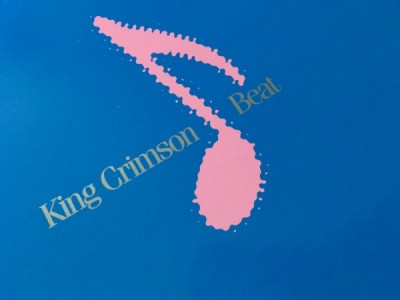 King Crimson's 9th studio album was released 38 years ago today in 1982. The second of three albums produced in the 1980s it is frequently overlooked in favour of Discipline and Three Of A Perfect Pair. The album catches King Crimson at an artistic crossroads - maintaining the radical trajectory outlined in 1981 or fall back on to a more conventional approach to writing? The result was an album that was hard to make and nearly caused the breakup of the group. 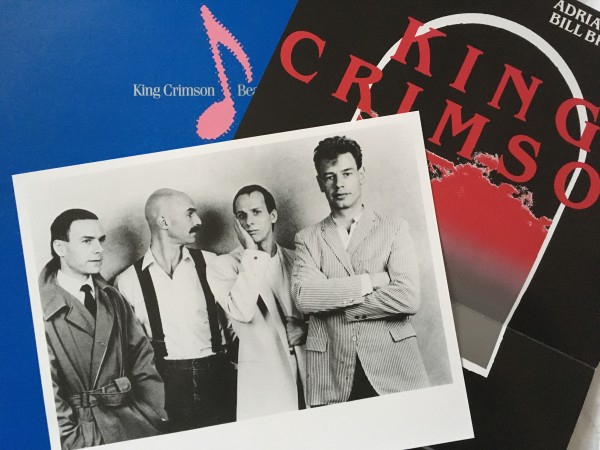 Following 1981’s dazzling reinvention of King Crimson with the release of Discipline, the band found themselves in New York’s garment district in early February 1982 working on material that would be included on the follow-up album. When it was released in 1982, Beat had the honour to be the first Crimson record recorded by the same line-up for the first time in its long career. However, this distinction came at a price and the making of the Beat was very nearly the group’s last. 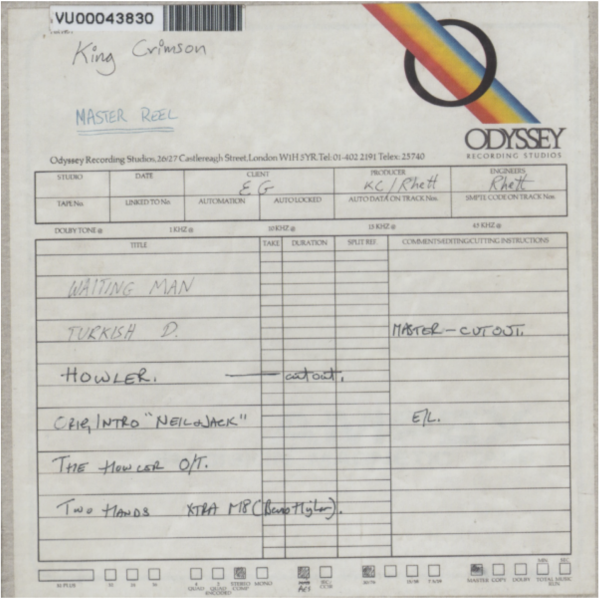 The sessions that had spawned Discipline had also produced the basic elements of pieces such as Neil and Jack and Me, Sartori In Tangier, and the riotous tangle whose working title was Manhattan (later to be re-christened Neurotica). These tracks (in some shape or form) found themselves on the band’s set-list as they toured throughout 1981. Whilst they shared the same startling musical DNA further refinements were needed, and if a new album was going to happen, then new material had to be found. This was easier said than done, as Bill Bruford recalls. “We weren't sure how much to continue the heterophonic weaving of the guitars. Adrian was finding this a very difficult style to write a song over. The thing that had started the band had already seemed to become a millstone around its neck and I'm not sure if Adrian knew quite how far to proceed with it." 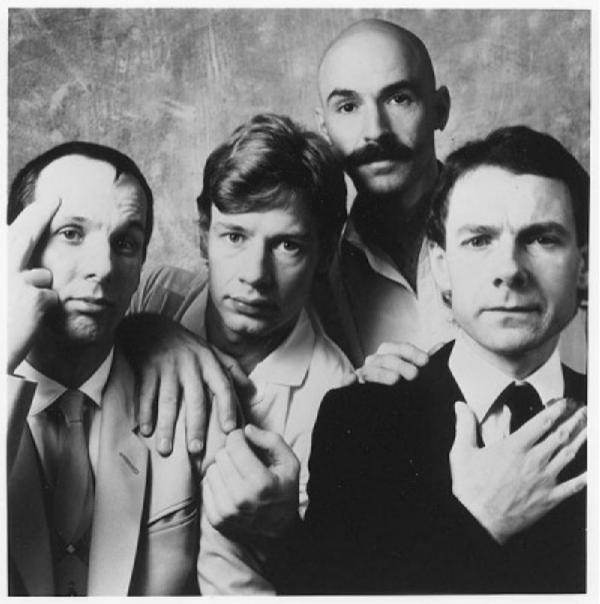 Only one truly “new” track emerged from those rehearsals - Absent Lovers - and though still unfinished it was played in several times during February and March’s American tour. Following five dates in the UK (including an appearance on BBC TV’s respected music show, The Old Grey Whistle Test) Crimson entered London’s Odyssey Studios.

After several months of being tinkered with and tried out on the road, Neal and Jack and Me, and Sartori In Tangier, received their definitive treatments. Neurotica - previously known as Manhatttan in concert, finally arrived via a breath-taking performance, crowned by Belew’s brilliant and inventive wordplay.

Waiting Man emerged after being coaxed into life by a restless Bruford and Belew offered up the ballads, Heartbeat and Two Hands. Yet, with the dropping of Absent Lovers, the band was still short of an album’s worth of material. Just as they’d done with on Court, Poseidon, and Starless and Bible Black and Red, the band members sought to improvise their way out of the problem. As The Howler developed in the studio, creative tensions between Fripp and Belew came to the boil during the recording of Requiem, and for several tense days, actually threatened to break the group up. 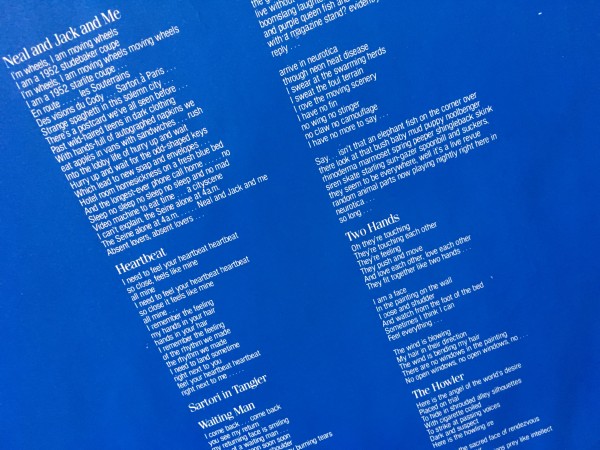 Looking back on the process of its making, Belew regrets presenting tunes such as Heartbeat and Two Hands and now takes the view that "Beat was the most awful record-making experience of my life and one I would never choose to repeat." For Fripp, Crimson had all but died around the recording of the album. "At the time Bill and Adrian thought that Beat was better than Discipline. For me, this is an indication of how far the band had already drifted from its original vision. The group broke up at the end of Beat…I had nothing to do with the mixing of Beat, nor did I feel able to promote it. Somehow we absorbed the fact, and then kept going." 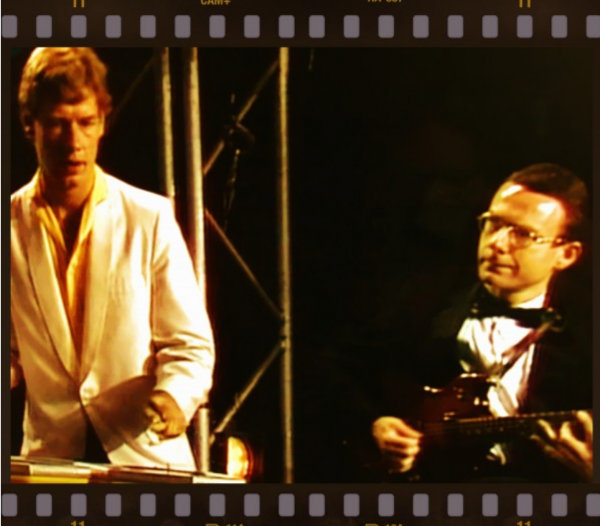 Nearly 30 years later Bill Bruford retains an affection for the record that emerged from those difficult days. “It's taken me about twenty years to forget - in Pat Mastelotto's immortal phrase - 'where the bodies are buried' in these King Crimson albums, and so it is with Beat. The whole album has grown on me over time. The music was very stage-friendly; it had its own internal musical drama which worked well in that environment and it was a complete groove to play live. Nightly I could look forward to Robert's solo at the end of Sartori in Tangiers, Adrian's pristine unaccompanied guitar at the beginning of Two Hands, T.Lev on Neurotica... But for a favourite album track, it's a tough call between Neil, Jack, and Me, and Waiting Man. I'll settle for the latter." 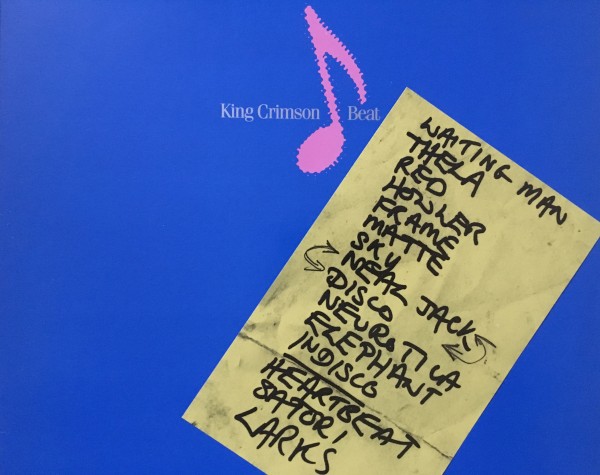 It all came together on Waiting Man - all that 'heterophonic interweaving', all that talk of 'village music' and gamelans. My electronic drums were pitched up to play notes in the airy, marimba-like rhythmic tapestry. Three minutes when we escaped the tyranny of the backbeat. On stage that could run for twice the length as we all enjoyed the feeling of producing music that just existed, that just was, and from which you could expect nothing, so just soaked yourself in its warmth. Then the abrupt change - it's Crimson after all - and the second-half funk. This stuff was some of the most fun music I've ever had the pleasure of playing.”

Tony Levin has no hesitation in picking out a track from the album that for him represents the band at its finest - Neurotica. “You want some of your album to present music that's really unique to your band - that nobody else would come up with. With Crimson at that time, this was not an issue at all, since everything we did was distinctively us - yet I felt that Neurotica, with it's almost out of control frenzy, totally unique lyrics, and tight concept as a band, was the best effort. Also turned out to be a lot of fun to play live.” 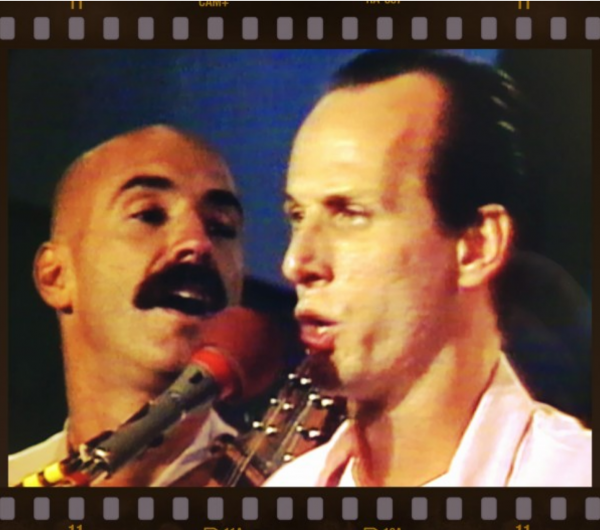 When it came to remixing the album for surround-sound, Steven Wilson immediately noticed the changes in both technology and the band’s tactics in the studio. “By this time the albums are being recorded with good engineers and producer Rhett Davies who knew what he was doing. And we’re into the realms of 24-track recording. Not only that, but the band’s approach has changed. If you look at the early years, particularly those first four albums, they’re using the studio in a very painterly way, adding textures and colours, overdubbing, experimenting with sounds, recordings, microphone techniques, and all those kinds of things. By the time you get to the Discipline line-up and the Beat album, what you have is an extremely accomplished, professional group, cutting the tracks pretty much live and doing very little in the way of overdubbing.” 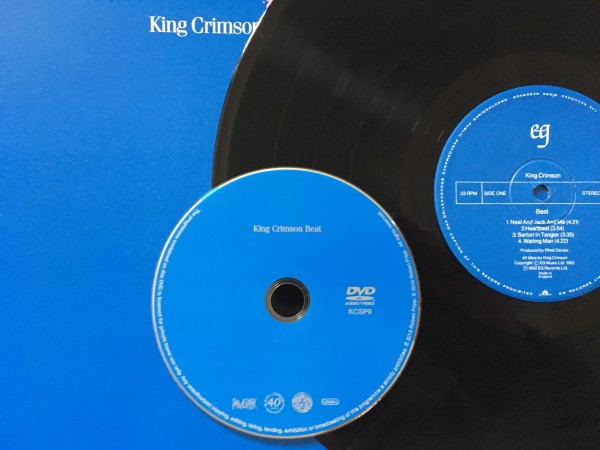 Another Wilson discovery was the full version of Requiem which now sits within the running order on the main album. “One of the things that makes more sense to me now is the fact the six or seven minutes of Frippertronics leading up to the band coming in has been restored. It does give the album a bit more space and gives it more of a sense of Crimsonesque-ness, if there is such an adjective, to the album.”

Taken from the 40th-anniversary edition sleeve notes by Sid Smith