AFTERWORD ONE : PROG ROCK AND ITS CRIMINALS
Posted by Iona Singleton on Nov 7, 2016 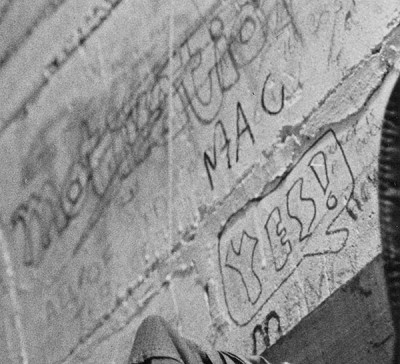 In January 1993 Vox magazine published a Prog Rock special in which its writer suggested that “King Crimson personified the direction that British rock was taking towards the end of the ‘60s”.

This, by virtue of the year, can only apply to the first Crimson. And some, like the original Crimsoids, might argue that there was only one true King Crimson, and no continuity other than in name.

In the aftermath of the 1969 collapse, Peter Sinfield and I agreed to continue Crimsonising. The 1970/1 period, in Peter’s view, was the Fripp & Sinfield Band. I sympathise with his opinion, but for me this highlights the fundamental difference in aim between us and which lead to our eventual separation in December 1971. I view 1970/1 as an interim period or, in Crim history, The Interregnum.

At the beginning of 1970 I felt that everything to be done for the next two years would be wrong but had to be done anyway, to get to the other side. What was on the other side, I didn’t know. (This is Standard Operating Procedure for me). In retrospect, my sense of the immediate future seen from early 1970 seems justified by the Crimson and its music, but 1970/1 had its own particular triumphs despite the ongoing and growing personal bickering, dissension and disagreement between everyone involved.

Fortunately, all the main people now talk to each other. One of my personal highlights of 1995 was Peter Sinfield’s success with a worldwide hit for Celine Dion. That Peter’s triumph might be my triumph strengthens my heart. The only continuing personal animosity towards myself from this difficult period and of which I am aware is from my old school friend Gordon Haskell, who sang “Cadence and Cascade” on “In The Wake Of Poseidon” (1970) and played bass and sang on “Lizard” (1970). He feels cheated out of royalties on “Lizard” which he believes he was promised. I don’t, and I hold no ill feelings towards Gordon.

King Crimson is not the Robert Fripp Band, this a wearisome subject in dozens of interviews over two and a half decades. If in doubt, ask the other members.

Nor is King Crimson simply the sum of its members. There has always been something other, completely outside the operations of the musicians, the business, the paraphernalia of rockdom, the records, the performances, and everything which gives rise to the tangible entity of the group/s, King Crimson.

My experience of Crimson is probably very different to the other players, and not necessarily any more true. Different opinions, based on different experiences, are not necessarily wrong, or right, merely different. My own experience of the individuality which informs the musicians incorporating any particular King Crimson makes me feel a particular responsibility to the project. Honouring that responsibility has been educational, stressful, joyful, painful, illuminating and not something I would do to earn a living (EG made more money from KC than any of its musicians). Neither does it make me a “bandleader”.

The commentaries I have read on “Progressive Rock” mainly consist of recycled views of careless musical history substantiated by reference to inaccurate authorities (and worse) who themselves drew on inaccurate articles, reviews and interviews, regurgitated over a period of years. If matters of my personal experience are this distorted and misrepresented in the tiny paddock of one small musical field for 25 years, even by writers who consider themselves to be informed and of serious intention, I doubt that history can be reliably written on large matters over large periods of time.

These seem to be common Prog generalisations, particularly in England:

The only part of this to which I take exception is to have Crimson since 1970 regularly placed alongside Yes and Genesis, and frequently ELP. We may have shared the same part of the planet and space in time, even a musician or two, but our aims, way of doing things, history and (even) music, are very different.

Crimson’s personal history is fairly circuitous but well documented (although with inaccuracies) and remains available to enquiry, and listening. But not facile generalisation.

(NB The only time I made money from King Crimson was in the three years after its 1974 breakup - the expenses stopped and the albums continued selling).

Progressive is primarily an English phenomenon (although the Prog Revival is primarily American). The excesses and dopiness of some of its main exemplars bred a reaction of such hostility among young music writers, notably in the English comics that promoted the Punk explosion (NME, MM, Sounds), that the nastiness continues to reverberate today. The degree of hostility towards “progressive” for more than two decades is a clue that something more than music alone is generating the heat. Gushing excess may also be found, but to a lesser extent, and now mainly in fanzines. It is harder to be negative over time than to be positive although, like John Gill, there are some writers who are prepared to persevere.

The Scrapbook to “Frame By Frame” gives a good sample of journalistic criticism, commentary and chit-chat both pro and con. On balance it cancels itself out: a lot of noise minus a lot of noise doesn’t equal silence, but amounts to little of value; and teaches me very little to help me know or do better what I do.

As I grow older I am increasingly distressed at the common currency of unkindness in reviews. I take it as a given that we perceive our perceptions, and understand to the extent of our understanding. Similarly, the reviewer reviews themself: what commentaries on self-loathing, careless and irresponsible opinionation and proud ignorance are these.

A recent description of the current King Crimson (in an LA freebie newspaper announcing three days at the Wiltern Theatre, June 1995) is of “Prog-rock pond scum, set to bum you out”. This immediately became the group’s favourite self-description.

Q. How would you describe King Crimson, its music, philosophy, history, business aims, hopes for the future, job description and your personal role within it?

A. We are, and I am, prog-rock pond scum. Our hopes for the future are to bum you out.

I find it hard to take offense at, or be insulted by, a commentary which demonstrates that life without sentience is not only possible but ongoing.

Taken from the sleeve notes to “Epitaph”