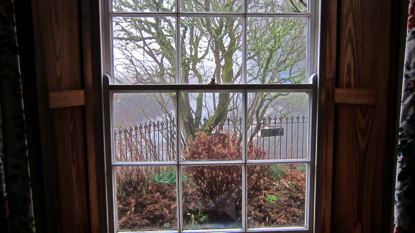 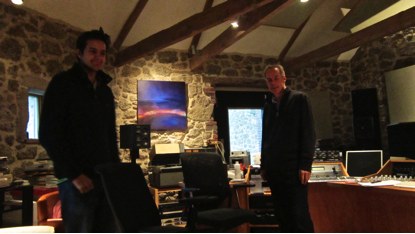 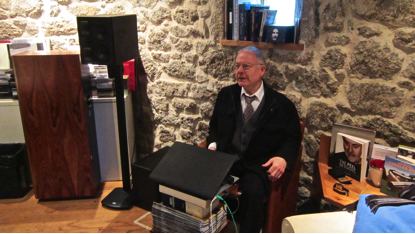 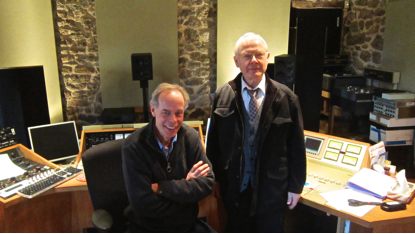 Today’s work: mastering the stereo mix of Red. Appropriately, the inbox has an e-mail from Johnny the W, Bass Beast of Terror, enquiring as to the date of our next coffee afternoon.

Finetuning Red, the title track. Oh! the responsibilities of dealing with classic releases. What to do? Simply, abandon concern and embrace the music as if for the first time.

13.04 Providence: on this day, 39 years later, I find very exciting. The boys are rocking out, going places that would probably have sounded rather strange to most of the audients present in Rhode Island.

13.07 Starless… the guitar theme of Starless.  So, what is Starless? No doubt, many views available in response. My own, today: a meditation on dying. Not death, but the process of dying. During the sessions, the guitarist was himself in process of dying - to his professional life - and planning for Sherborne House. Everything was different after that.

Whatever the witterings of the same guitarist 39 years later, the guitar theme is as short a presentation of the subject as I can easily imagine and, hearing it, my state immediately changes; the timbre as much as the notes. A door swings open…

This is the first song where John became a singer, rather than a bass player who took on singing, IMO.

Young people can be more direct than the post-mature.

14.32    The Death Of Prog! Steven Wilson’s term: the relentlessly dismal single-note anti-guitar solo (Simon’s term) at the beginning of the Starless instrumental section is underway. When it moves to overdrive, continuing with single notes, there is nothing dismal about it al all.

14.59 The best version of the instrumental section I have heard. Stomped, squerned and wernoed flat.

16.59    A through-listen. Red strode forward as if it were recorded by a young band yesterday, but I don’t hear young bands that sound like this. And then it kept going. Quite an achievement IMO.

Industrial Zones I & II werned. Onto IZ III. These are improvs from the studio sessions off Queensway in the Autumn of 1983, now prepared as bonus tracks.

19.25    Industrial Zone III is pretty much a furious Billy B drum solo. 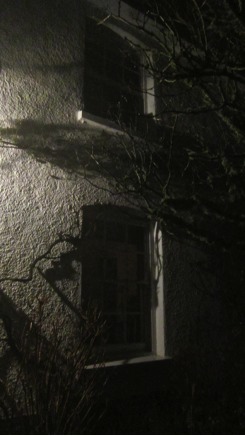 23.04    Also a little practicing. The First Secondary Exercise seems to be limitless in its extrapolations.