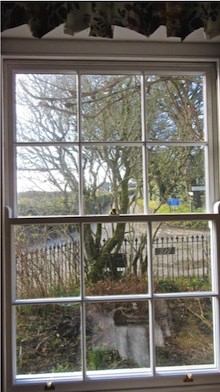 Dribblingness of this overly­travelled post­mature guitarist continues. What care I of this? Into the studio with the Master and Andy... 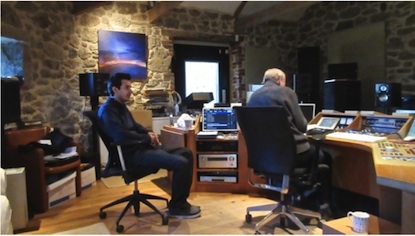 We are continuing mastering the RF and Jakko radical­-remix of ​THRAK​.

Recorded in 1994 at Peter Gabriel’s Real World Studios in Box, in between takes I was dealing with the Virgin standard record contract. It is astonishing how much of my energy has gone into creating a business construct to make possible the KC/RF professional life. This would not have happened without David Singleton’s ongoing heroism throughout the entire post­EG period. And without Declan Colgan setting­-up Panegyric, none of the recent KC box sets would have been possible either.

Endless Grief generated twenty­one years of appalling repercussions and consequences. The key guiding principle for me was this Guitar Craft aphorism:
Turn a seeming disadvantage to your advantage.
The greater the seeming disadvantage, the greater the possible advantage.
And on the subject of SG Alder Esq., “renowned for his probity and sound business practices” (an actual quote), the former EG manager, has recently been in the Isle Of Man news. From 2012­2013...

Mr Alder, a qualified accountant, was sued by Lloyds TSB Offshore as guarantor for funds lent to development company Slegaby Estates in 2008. The court dismissed defence claims that the bank was guilty of 'imprudent lending' for the company's farm conversion scheme in Onchan.

Lloyds TSB Offshore Ltd had asked the court to strike out defences put forward by Slegaby Estates and Mr Alder, a director of the company who acted as guarantor for the bank loans. The firm claimed the bank was guilty of imprudent lending, on the basis it knew there was no prospect of the loan being repaid if the building scheme was unsuccessful.

The high bailiff struck out that defence and dismissed any suggestion Mr Alder, who had control over the company, came under undue pressure to guarantee the loan. The High Bailiff allowed summary judgment in the case, paving the way for the bank to claim almost £2.6 million on a joint and several basis against Sam Alder and his company, and also to recover legal fees and interest.

Mr Alder is the former chairman of the King William’s College board of governors, a former director of 3FM radio station and he was also executive chairman of the Isle of Man Arts Council. In 2009 he was awarded an honorary doctorate of arts for philanthropy and services to music by City University, London.

He managed acts such as T­Rex, Emerson Lake and Palmer, Bryan Ferry and Roxy Music and Brian Eno.

http://www.bbc.co.uk/news/world-europe-isle-of-man-22264083
23 April 2013
Sefton Group Deal Biased
A multi­million pound bail­out to save a hotel group is "biased and unfair", according to a rival hotel chain. Last week the Manx government announced a rescue package for the Sefton Group PLC, totalling more than £4.5m.
The package includes a £1.3m loan plus an additional £3.2m to buy a Douglas site earmarked for development.

http://www.iomtoday.co.im/news/isle-of-man-news/govt-powers-stretched-to-limit-over-middlemarch-site-say-libvan-1-6311595
15 Dec 2013
Govt powers ‘stretched to limit’ over Middlemarch site, say LibVan
Economic Policy Review Committee on the government’s handling of the bailout highlights gross misconduct by those in high office in relation to the approval of the purchase and lease back scheme for the Middlemarch site by Douglas bus station.

From the DGM diary for Wednesday, 4th April 2007

The site on which The RBS offices now stand is the site of the old Villiers Hotel... 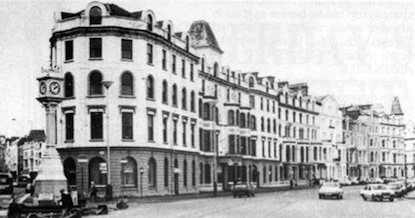 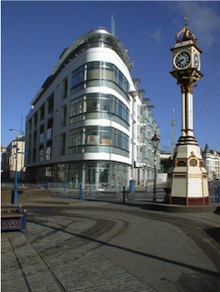 The Villiers Hotel was the family interest of SG Alder Esq., the chartered accountant renowned for his probity & sound business practices, noted for his charitable works
http://www.gov.im/about-the-government/departments/education-and-children/arts-council/
http://www.cdbaby.com/cd/jacoba
various other business interests
http://media.info/radio/stations/3fm
http://www.2020-group.net/html/docs/2020_Group-0805.pdf
and himself a Manx man. In 1987 a £21 million redevelopment, based on the Villiers Hotel, was proposed by the Old Chelsea Property Corporation (the property company of EG partners Messrs. Alder & Fenwick) which acquired property around the Villiers Hotel as part of the development proposal.

These were not the glory years of the record industry (1968­78), which were certainly EG Music Group’s glory years; but the 1980s were the glory years of the English property boom when, according to one commentator, ​even dog food companies had a property department.​The success of the Music Group provided a platform for a move into property, and in April 1988 the EG Group Ltd. guaranteed to bankers C. Hoare & Co. repayment by the Old Chelsea Group plc of £1,825,000. In August 1988 the property boom suddenly stalled, although it took a while for this to be recognised & acknowledged. In 1988, the Old Chelsea Property Corporation had a loss on its financial year of £391,766 (carried forward into 1989). In September 1988, on my September 30 royalty statement, Mr. Alder instituted a "recording reserve fund" of £20,000 against due RF record royalties, leaving an unrecouped balance of £1,000; ie the creation of this accounting device meant that EG Records ​​did not pay me due record royalties. In November 1988 EG Management Ltd. changed its (1970) name to Athol & Co. Ltd. & a new EG Management Ltd. company was created from Andraford Ltd., which changed its name in turn to EG Management. In the Autumn of 1988 the pigeons of Lloyds’ began flying home to roost in the King’s Road, Chelsea; but these pigeons were not harbingers of good fortune. (cf ​Risky Business: An Insider’s Account of the Disaster at Lloyd’s of London​)

Connecting this to our work today: although the property affairs of Athol & Co. were problematic for Messrs. SG Alder and MA Fenwick, the trigger for the collapse of EG and its partners’ affairs during 198-8­9 was their membership of several Lloyds’ syndicates (beginning in 1985). The syndicates which the EG partners belonged to is/was highly­ privileged information. These syndicates (eg Marine 475​) are recited by Trey and Robert during the ​VROOOM VROOOM: Coda​. This highly confidential information came to me via a Deep Throat.

What do the lyrics in VROOOM: Coda (Marine 475) mean?
To begin answering this question, a quote from the THRAK Tour program from R. Fripp is appropriate.
"'Marine 475' (Coda to VROOOM) 1. An example of remorseless and unforgiving inevitability where one is called to honour one's liability without limitation.
2. A Lloyd's insurance syndicate which suffered catastrophic losses for 1989, 1990 and 1991 resulting from Hurricane Hugo, Exxon Valdez and Phillips Petroleum. Several Names involved were from the music industry ­ even honest, God­fearing family men and good guys that you could trust, who had nothing to hide and who were renowned for their probity and sound business practices."

Apparently, these "names" are companies and individuals who have signed liability agreements with Lloyd's of London, the insurance giant. In return for an interest in the massive premiums paid by industry, these "Names" agree to be liable, without limitation, in the event of claims made against the policies issued. When the losses claimed are catastrophic and frequent, as mentioned in RF's quote, the financial ruin of those liable is a distinct possibility. One can surmise that EG Records, RF's former label, may very well have been one of these "names."
Thanks to T.J. Mathews for his help with this question. ­ FAQmaster

This morning I somehow wandered into an online KC Discussion Group. It would be cruel, but fair, of me to name the posters and quote the postings. Many of the comments presented are witless and dopey ​in extremis​. But, without knowing the detailed background to the composition of the incarnations; the individual players; the varying aspects of the business, management and record companies; the construction of the music; the changes in musical technology, listening and performance practice (and more besides) over a period of forty­six years – what else is possible?

Q:    Where does that leave anyone who wants to comment on KC?
A:    Like the band, in process.

Q:    Then what do I do if I want to present my opinion, my likes and dislikes, irrespective of knowing nearly nothing about the subject of my commentary?
A:    The expression of an uninvited opinion is unwise, and sometimes dangerous. Even where we are informed.

14.11 First run­-though. Surround sound in stereo. A stunning mix. I have rarely heard stereo as convincing as this. Only one mix reservation, easily addressed by Jakko at Studio Jakko.

15.18 A very tasty Monks Withecombe lunch and back for fine-­tuning. 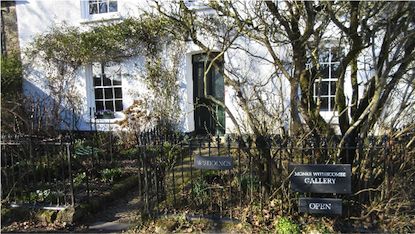 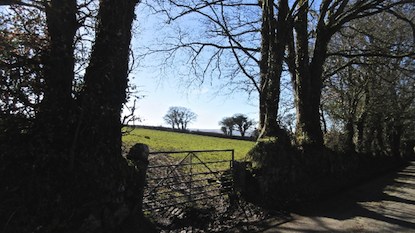 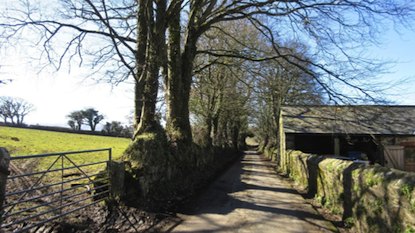 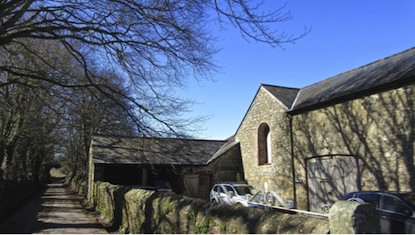 17.02 Probably most listeners will hear joyful clatterings that escaped them on the original stereo mix, and perhaps may escape them even on the stereo radical­-remix.