Rising 06.00 to a grey and damp day. A continuous downpour would be most welcome.

Morning Sitting in the Study. Morning reading and writing… 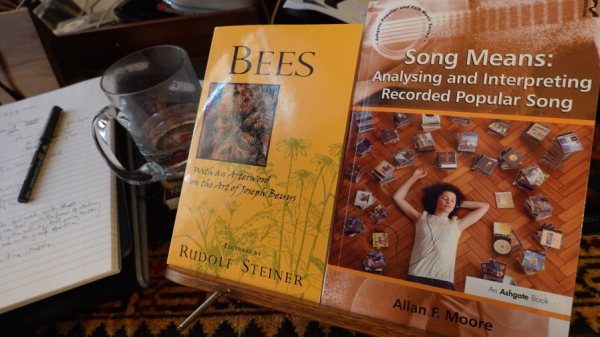 It would be possible for me to (almost) stay on top of my affairs if I abandoned the notion that a primary element of my life is being a guitarist. Guitaring, at the level to which I aspire, would result in no-one who sends me an e-mail receiving a response. There would be an even greater pile of papers on my worktop (sofa-table covered by a rug). Flowers and shrubs in the garden would wither. My Wife would despair, to an even greater length than currently, on hearing phrases rising from the Cellar for hours on end. Repetitive fragments of Fracture is not a highspot of Toyah’s day.

Ricky Tenderkiss: … I was wondering: if any of those 2-deck reel-to-reel live Frippertronics performances, solo and all, from the pre-soundscape pre-digital era, WERE ever captured, or may have surfaced over time… might you upload one of those next? I like the digital soundscapes, but I also like the really fine nuance of the analog tape loops, listening for all the subtly different guitar textures, and for the John Cage-y chance elements of tape hiss and natural decay and the odd “pop” here and there.

Anywho, if any of those live two-deck-loop performances survive in their entirety, in presentable form, perhaps you would consider presenting one here!

Although he was writing about live Frippertronics in London in 1979, Melody Maker's Allan Jones' observations seem equally apt to this last concert of Fripp's run at Inroads. "The audience...could see him playing; they could, more reveallingly, see him *thinking* about what he was playing. They could observe his manipulation of technical effects and devices. The entire process of making music was thus demystified. Fripp was vulnerable, exposed. With no set programme to follow, he could rely on his wits; the precision of his reflexes, the strength of his technique in translating with fleet grace the flow of ideas as they occurred to him."

Highlights of this mesmeric concert include the brief muscular flurry of notes on Loop I and Solo I; the gnarly, almost argumentative dialogue the solos have with the loops on Loop II And Solo II; the fantastically dirty splurging detuned notes at the end of Solo VI which sound as though Belew had just walked into the room.

Immediately after this run of concerts in New York, Fripp returned to the UK to begin work on his first collaboration with Andy Summers, I Advance Masked.

To the Cellar for a good practicing-afternoon. Hooray! 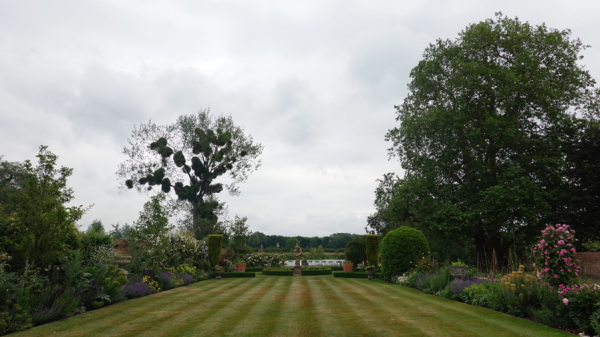 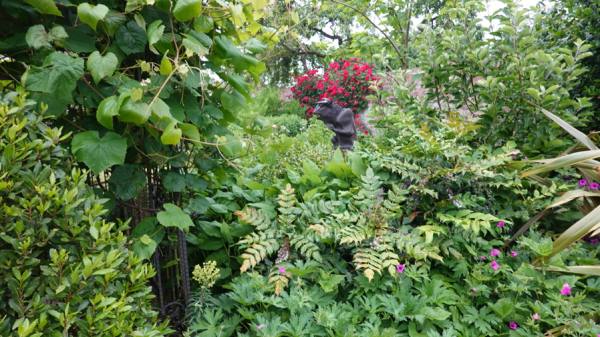 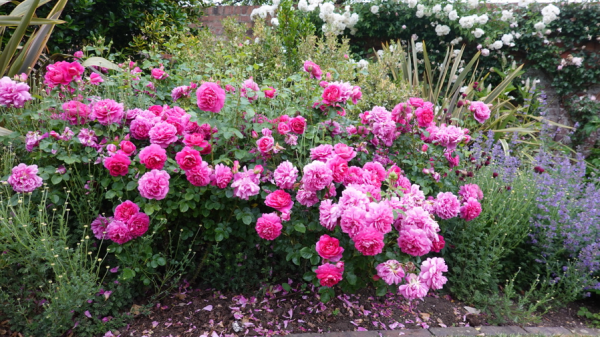