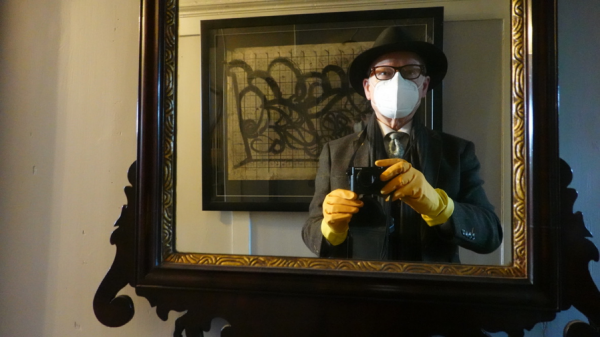 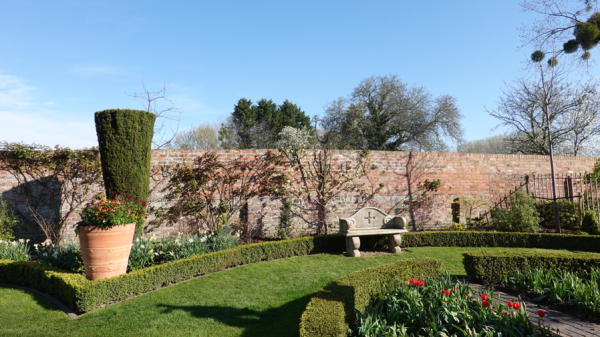 An excellent weather-day, the government has instructed people to stay at home. We are exceptionally fortunate to have this garden, the sense of going-outside whilst at home. Joined by T… 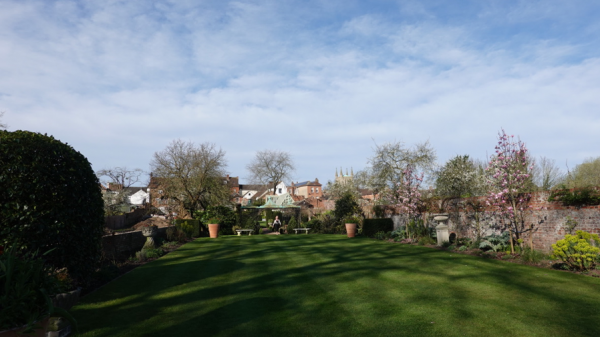 … who suggested a Fripcox Lockdown Exercise… 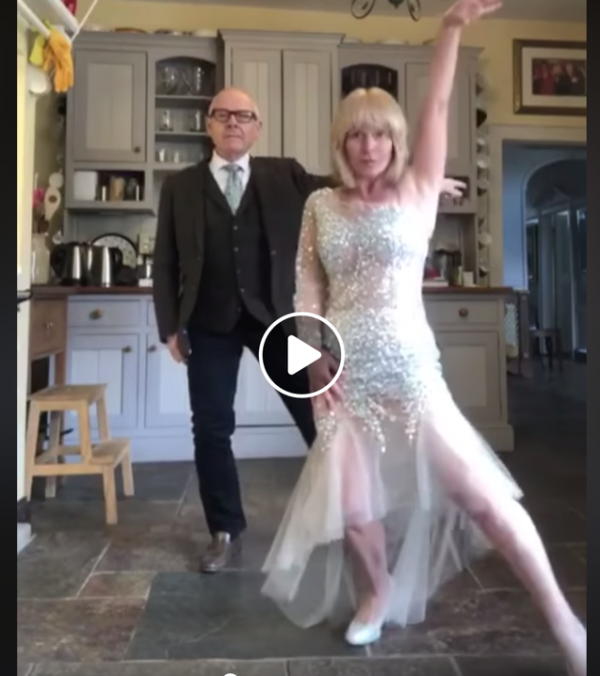 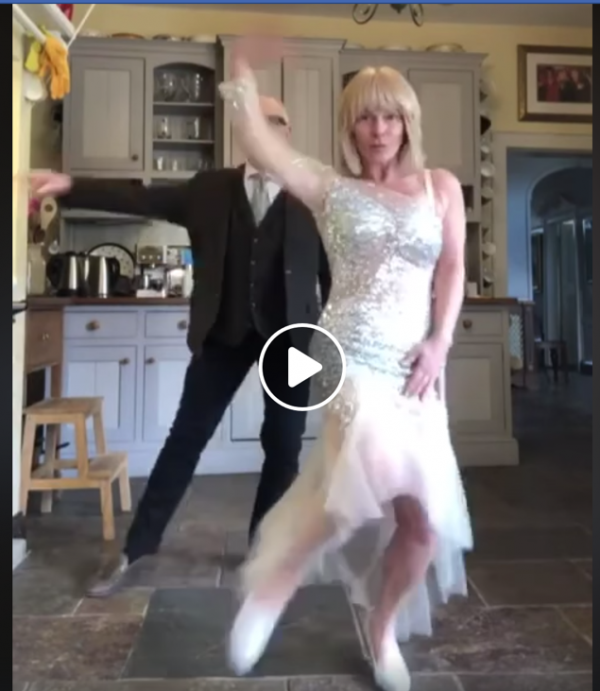 T is an excellent dancer. Me, I’m an astonishing dancer. And all this while Toyah was preparing a very tasty and nutritious lunch, including Orange Squerd… 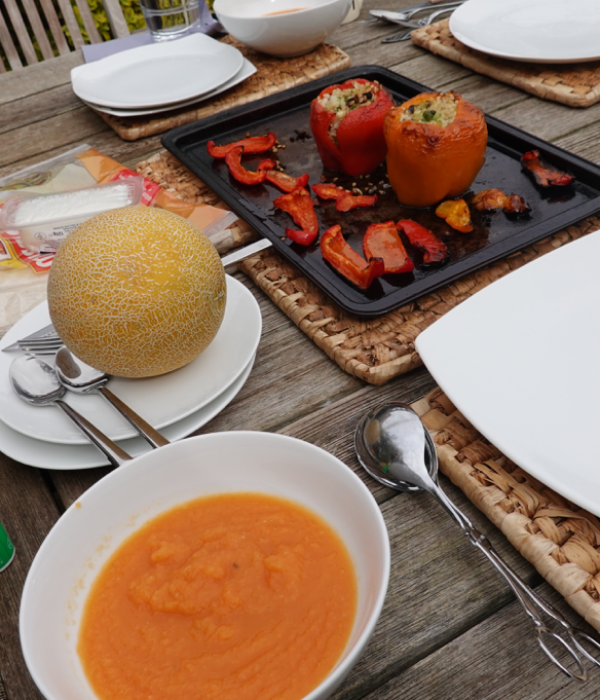 Q: You were touring with TOOL?

Q: Do you have interest in contemporary rock bands and in any way have they influenced your work in the new album?

RF: The quick answer is yes. I’m interested in the work of other musicians. I personally prefer to see them live, and that makes it more difficult because unless one’s resident in a city centre where there's a lot going on. One tends to miss a lot of it. But I was nevertheless listening to TOOL records in the basement in Nashville, where I work with Adrian Belew, while writing the music for The ConstruKction Of Light.

Am I influenced by the people I hear? I hope so. And the people I meet? Yes, I hope so too. I hope I register everything. The direct causal relationships are sometimes a little difficult to trace. For example, I might be more influenced by how a guitarist puts on their guitar, than how they play it or what they play. Now how to actually trace that is the difficult thing. For example, I once asked John McLaughlin (I flew to Paris to interview John when I was a contributing editor to Musician magazine) and asked him what was his interest in Sri Chinmoy. John said I wanted to see how he poured a cup of tea. Now, I understood exactly what John said. At least I believe I do. So sometimes I’m more interested in seeing how the guitarist puts on the guitar than what they actually play.

With regards to TOOL... actually TOOL do happen to be a favourite band of mine, but I don’t generally comment on who I like because it leaves out everyone else, and the suggestion might then be that doesn’t Robert like them as well. So, I make no further comment on that other than TOOL are wonderful characters. Adam asked me do you hear the King Crimson influence in TOOL? and I said “no, not at all”. TOOL are more comfortable being TOOL than King Crimson is comfortable being King Crimson. It’s in the nature of the band (KC) I’m afraid.

RF: It’s in the nature of the band.

Q: What do you mean, you don’t feel comfortable within the band?

Q: Yes but it is challenging.

RF: Right. But when I go home I would like to be able to have a moment sitting in my study... So, at home, one has one’s own particular dynamisms to keep oneself sharp. To put it another way, one’s pointed stick.

Q: Is that the reason that you are going to form The 21st. Century Schizoid Band?

RF: I haven’t formed it.

RF: No. No, I haven’t formed the band. I know the people, at least I know some of them. I’ve spoken to some of them and some of them even are friends of mine. I support them personally and professionally, but I have no formal involvement or relationship with them.

RF: It was formed initially by Michael Giles, the drummer in the first King Crimson, who I think wanted to play...

RF: ... and he put the band together with Ian McDonald. Obviously saxes, flute and I believe keyboards. Mel Collins, saxes from 1970–72. Jakko, guitarist and singer, his son-in-law, well known for his work in Level 42. And Peter Giles, the bass player from Giles, Giles & Fripp, and who played on In The Wake Of Poseidon. And they went out and they did some work. I bought tickets to see them but David and I spent a long, late, sleepless night on Dartmoor, mastering The Power To Believe, so I didn’t get to see them. With regret.

RF: I have been formally invited to play with them at any time, which I’ve acknowledged gratefully, but currently that’s not music which addresses my main concern or interest. That shouldn’t in any way be taken as critical, because it’s not: it’s just not where my musical interest currently lies.

In 1997 when David and I were working on Epitaph, the live 1969 music, I felt I would like to play this. I felt hot to this repertoire from a certain period, which is entirely valid in the conservatory tradition. You address the repertoire from a particular period and no-one considers that in some way you’re flunking your musical responsibilities or being dishonest. So I mentioned the idea to Michael Giles, drummer from 1969, John Wetton, bass player and singer from ‘72-74, of putting together a quartet for three weeks. One week’s rehearsals, one week playing in clubs in America, one week in Japan, looking at the repertoire of King Crimson from 1969 – 1974. Any music which attracted our passion, we’d play.

The advantage was, this was not King Crimson. So it wasn’t a reformation. It wasn’t a big commercial venture. It was playing a particular repertoire of interest. I mentioned this to Ian McDonald and Ian was very much against. Ian was at that time specifically focused on reforming the original King Crimson. This has been suggested to me since 1977 and is not something which attracts my interest. So Ian said no, Michael and John said yes, and at that point the overall answer was no. So King Crimson moved towards The ProjeKcts and, in terms of the repertoire, it waited until The 21st. Century Schizoid Band.

Q: You are the only Englishman in the band.

RF: I noticed that too. It’s why I rely particularly on David.

Q: That’s what I was going to ask you.

There is a sensibility that England has that is simply explained by saying, well actually, it’s English. For a wider approach to that I recommend anyone who’s interested might look at Peter Ackroyd’s new book The Origins of Albion: The Origins Of The English Imagination. This is a very well-informed, non-academic but persuasive and informative view of what it means to be English over a 2000-odd year period.

So part of King Crimson is English, but it can’t be wholly English because there are limitations to being in England, like... well you might as well give up because nothing is possible. Or, you’ve got a really good idea? It’ll fail. Or you’re successful? How dare you! So there are limitations on being English and Englishmen, young Englishmen and maybe even young Englishwomen. But I speak of my generation of musicians, which were totally male. When they went to America, instead of having to defend what they did, they actually met people who rather liked it and encouraged them in it. And this was such a novelty in their lives they decided they might stay there.

However, you then run into the other thing. Americans are very good at getting the show on the road. The content of the show, however, is not always their speciality. You have situations in England, therefore, where England is shambolic, amateurish, unprofessional, with eccentrics and oddballs who come up with strange ideas. They take these strange ideas to America, Americans say that’s a great strange idea, and they put the show on the road. So there’s a very good combination. If you spend too long in America you become, in my view, too concerned with putting the show on the road. If you stay in England for too long you realize it’s hopeless, and anyway the little success you had was a crime.

Q: You mentioned King Crimson as a separate being...?

Q: How is that, how does it work and what’s it like?

RF: A number of questions there, would you like to choose one of them please?

Q: And has there always been a sense of this spirit from the start of King Crimson?

RF: The quick answer is yes. It has an otherness about it. And even as a young man I was never silly enough to confuse King Crimson with what I personally did. And to do so would be to utterly miss the contributions of all the other people anyway, which is profoundly insulting, even were I that egotistical. The musicians in King Crimson, by and large, have all been better players than I am. What I bring to bear is something else.

Q: Joe Satriani for instance, because I understand you did some work with him as well?

RF: Yes. Joe was interested in me joining the band and touring with him. I was going out to support Joe on his tour in America in July last – 30 dates, solo Soundscapes. Oh! I so wanted to do it, so wanted to. King Crimson’s recording plans shifted back a month because Machine’s manager lied to us. He lied to us over Machine’s availability. Are we still cross about this, David?

DS: We are very cross about it.

RF: So I missed a tour I really, really wanted to do as a guitar player, with a pal of mine, because of that. Otherwise I would have been out supporting Joe. Yes, I contributed to one of Joe’s tracks, although not very much as a guitarist.

Joe Satriani is a superb guitarist, far better than anyone who’s seen him live can possibly know, because the history of the electric guitar lies in Joe’s hands. Although when he’s Joe Satriani he’s not there to give you a history lesson, he’s there to be Joe. Joe has far wider capabilities than the performer Joe Satriani carries with him on stage. I’d love to do some more work with Joe. He is a friend, and in the future maybe I will.