DGM HQ Rising at and 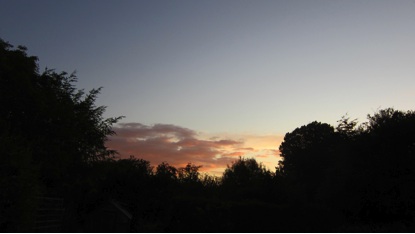 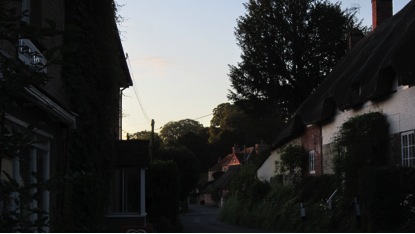 Arriving c. 07.00 for a quorum-meeting of the Sunday Morning Group, in effect a sub-group of the IACE Sixth Basic Course.

Morning sitting, breakfast, and then a morning of commenting and reporting on various arisings. The aim: to achieve clarity in The Next Step. What is the/my next step?

The meeting began with one member reporting a decision in their own life-trajectory, moving them towards their destiny; which carries implications and repercussions for others present.

Other topics:
Temptation and appeals to vanity from over the left shoulder. Strategies of action: doing something; responding to the something-being-done; and doing nothing – all valid moves forward.
A concern voiced regarding doing something – this is a better strategy when something needs to be done: often, doing something is undertaken in a precipitate fashion – a Bright Idea.

With a break for coffee.

At lunch we were joined by the husband of one of those present. Their work is in the “normal” world, addressing issues of ecology and individual rights (eg Amnesty International) where political decisions carry repercussions. So, where does the work of the Sunday Morning Group / Sixth Course take place? In personal transformation / evolution of consciousness? In political / social / ecological endeavor?

The Era of Accountability was referred to and discussed, as a possible interface/interstice between interior and exterior concerns, and the consequences/repercussions that might arise from their juxtaposition. The husband informed told us of a wonderful term now in use: a-legal. This refers to the deliberate manipulation of the legal system, to present a veneer of legality where the spirit of law (justice might be one word for this) is intentionally squeezed out; that a particular course of action may be followed / undertaken by parties who know that their intention is fundamentally unsound.

My own view: to use the law to undermine Right Action is profoundly dangerous.

Lunch followed by a closing meeting and summation. Leaving c. 14.50 I… 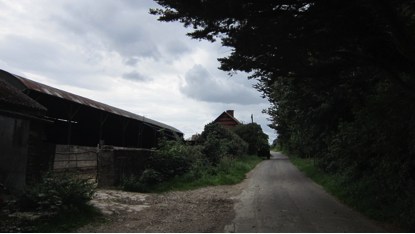 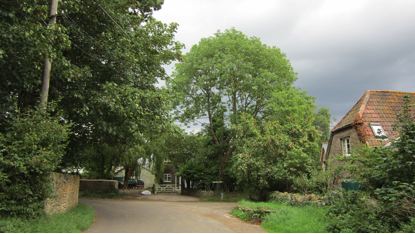 … and back to DGM HQ, where I am manning the office.

16.34    Butcher Fry has knocked on the door to deliver a package. Such is the life of the music industry on a country road in Wiltshire.

Returning to the world of the professional musician, in distinction to that of the musician, Diary readers of two days ago may recall that Mr. VP of Legal Affairs at Grooveshark is surprised by (DGM / Panegyric’s) complete lack of professionalism and diligence, even where his own company and Director Of Content Acquisition is not capable of accurately informing him of King Crimson content… delivered to us by our label partners. So much for diligence at Grooveshark Legal, then. Our (hopefully) professional response…

NOTICE OF INFRINGEMENT AND DECLARATION

IMMEDIATELY REMOVE ALL UNAUTHORIZED MATERIAL IN CONNECTION WITH KING CRIMSON AND ROBERT FRIPP:

ALL content from King Crimson is unauthorized for use at grooveshark.com and must ALL be immediately removed:

PLEASE BE ADVISED THAT THIS IS A FINAL WARNING TO PERMANENTLY REMOVE ALL KING CRIMSON AND ROBERT FRIPP MATERIAL.  AS PREVIOUSLY ADVISED BY THE COPYRIGHT HOLDERS, THE GROOVESHARK SERVICE IS CAPABLE OF PERFORMING THIS BLOCK.

PLEASE ALSO BE ADVISED THAT THE INTERNATIONAL FEDERATION OF THE PHONOGRAPHIC INDUSTRY (IFPI) HAS BEEN COPIED ON THIS NOTICE.  FULL DETAILS OF THE MATTER HAVE ALSO BEEN FORWARDED TO THEIR ATTENTION.

we all make mistakes, which is not a problem. but, it is necessary that we are accountable for our actions.

at that point, a reasonable response from the offended party is to accept that the first party has accepted their error, and honestly done what they could to address it.

at that point, the process of redemption and repair moves to the second party to address.

18.51    Another e-letter to Grooveshark from our people…

I have checked the below links and they are still active at grooveshark.com.  Be advised, the below notice was issued as a final warning.  I have copied the terms of the notice for your clarification.  The artist pages and content, including all tracks and albums, are unauthorized and must be immediately and permanently removed…

I have forwarded this to Messsrs. VP of Legal Affairs and Director Of Content Acquisitions at Grooveshark… just in case this has dropped from your mailboxes.

18.58    The Grooveshark correspondence has been forwarded to the IFPI

Telephone calls re: the family matter.

22.36    It is perhaps easier to call-out those who have acted badly, even appallingly, when they are caught on CCTV. But there are many faceless people whose actions against the community are also grievous, considerable and unacceptable. But these malfeasors do not live on sink estates, and their benefits are not threatened with curtailment by government. Justice wears a blindfold, not to prevent her from recognizing perps and Bad Guys, but to demonstrate that justice is even-handed. Where justice is not applied fairly and impartially, where citizens believe their legitimate concerns will not be addressed, that justice is differential, that common law has become uncommon, then alternative forms of justice may well be sought and adopted. This is dangerous; and carries consequences. 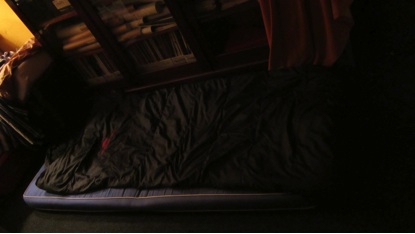