A snowy morning I… 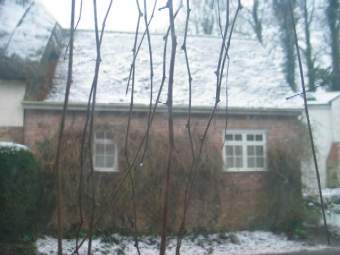 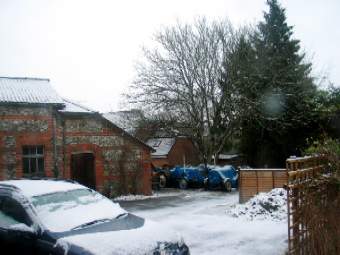 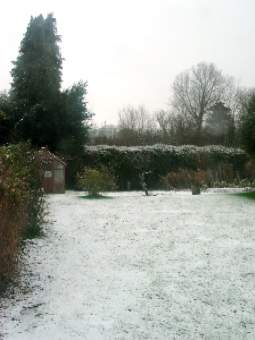 14.02  A letter has been sent to the chairman of BT, copied to the BT PR department, and including yesterday’s letter to our MP. And David & Alex have been going back to source recordings of St. Paul’s to find a higher-quality sonic.

A discussion with Alex on the “success” of a performance. I would characterize the performance at Broad Chalke Church (January 14th. 2006) a failure - as an event. Why? Almost no-one liked it. One significant exception was the headmistress of the village school. 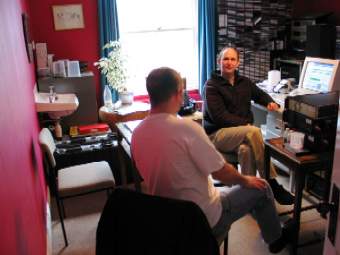 The question remains, on further consideration, of title:

At The End Of Time

I have already received several views, privately. My own view is changeable; changing when I listen to the music. 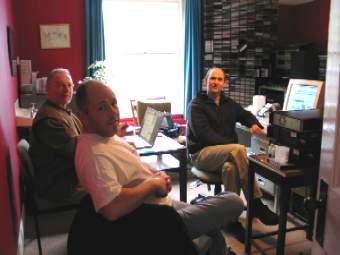 This man is at the top of his game: David turns during the Evensong from Tallinn. Well, I’m not sure of the player but sure of the music.

This album is At The End Of Time - it’s not Evensong at all: David has turned again from the mastering chair to speak. And confirmed that he didn’t like the performance on the day, even though the headmistress did. Alex was too busy with stuff & recording to listen at Broad Chalke; but during the Newlyn Soundscapes in December 2005 found himself in tears. An appropriate response – a comment from the Soundscaper.

16.07  The Soundscapes from Estonia sit better: David’s latest comment. Well, I hadn’t played to audiences like this before. The Estonian audiences were unlike any I have played before in my professional life. My sense: they were listening with open ears, without expecting a rock guitarist to rock out.

16.35  Alex is processing for further listening in the morning.

In response to printmaker, there is something fascinating about other peoples personal libraries. I too would love to have more details on what Robert has on the shelves that we see in the images.

Exactly what the attraction is is harder to quantify. A sense of satisfaction for a book common to both of us? A way of pointing our reading in another direction, if we find something intriguing?

When making new acquaintances, and visiting old friends, I am interested in discovering the titles on their shelves, how they arrange their shelves, and the construction of the shelves. I am also careful as to how I look: this is a personal area & reveals the person, so looking needs to be respectful. Some people’s books are not there to be read: they are a display, a furnishing item. Some are reference material; some food for the soul; some from a particular period in their life and their reading is now somehow frozen in time and/or at an end; some books are a statement of personal interests & affiliations, rather than material for reading; some gifts from friends & and/or remembrance of friendship; some a field of information & reference; some a connection to an author and/or the source that informed the author, a current of energy that an attentive reader can access. And some books are books on books.

In my library, I have all of these & probably a few more.