Bredonborough Waking from rehearsals with

Waking from rehearsals with the dance band, a large unit something like Jools Holland’s outfit, that Greg Lake was in. I was using borrowed double Fender amps with lotsa wires. These I had to pack up & carry to the gig. But there too many leads, too much stuff, my car didn’t have enough room even if I knew how to take the equipment apart, and I didn’t even know where the gig was.

This, the latest in a series of road dreams. They not highspots of my night/s. 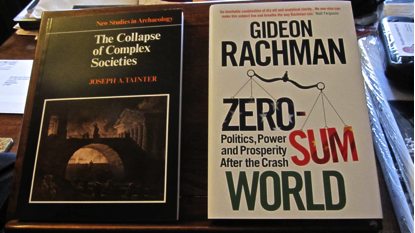 Soon off to London to cheer loudly for TLev.

Onto the Chiswick High Street with the Minx for supper … 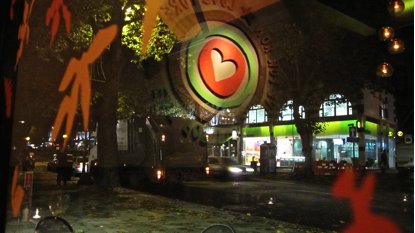 … and onto Ronnie Scott’s for L’Image.

On the way in, we bumped into Ed Bicknell (authorized biography) a bona fide Good Guy manager, in distinction to some who have merely claimed Goodness, Probity & Sound business Practices. Ed was there with Bryan Bennett of The Shadows, and they shared a table right in front of centre stage.

Tony was the star of the night for me. It is rare that Tony gets the chance to play with players at his own level, who held the space for him to do what he can do. The sound of the Steinberger electric upright was stunning. Simply, one of the best sounding low ends i've heard. Very satisfying, and pretty much what an upright should sound like and rarely does; also far more appropriate for the context than bass buitar. And Tony’s Stick playing is even getting better!

During the first set, I thought: this is the kinda place that I would enjoy playing. Then the man across the table began a conversation, ongoing, before switching it to T’s ear. Then a man came up, asking questions about King Crimson. I declined to engage on a rare musical audienting evening. His comment: I’m sorry – I didn’t mean to disturb you! So, why did he disturb me? It wasn’t an accident that he walked up and talked into my ear. Oh! to be a civilian.

It was very good to chat with both Billy B & Carolyne, fellow audients in the second sell-out night of three.

Returning here, we are about to gentle.