Bredonborough Today is my Mothers 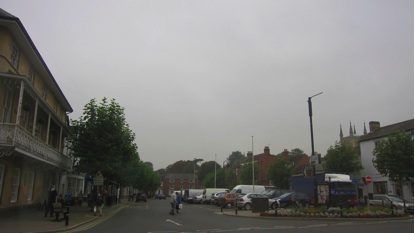 Today is my Mother’s birthday. Sistery Patricia has arranged for flowers which are being delivered to Witchampton Churchyard for Mother, Father & Uncle Charlie.

A grey day in Bredonborough. 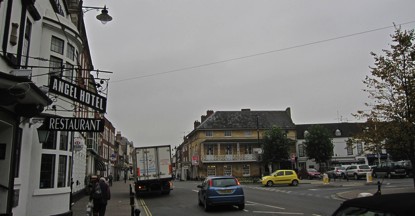 60 point exercise :: Posted by eclecticguy on October 13, 2010
"A meeting called for 21.15 to introduce the 60-Point Exercise to those who have an established sitting practice but are not yet familiar with this exercise."
Is this possible to address in print?

The introduction of an exercise is necessarily in person, for several reasons. In this particular case, the 60-Point Exercise follows a preceding exercise which must be established, to some extent, prior to the 60-Point. Once an exercise has been introduced and practiced for a period, then something might be addressed in print, but not otherwise.

I note that the most important exercise introduced one year on a particular course at Sherborne House (JGB’s words) was published in book form, made available by a well-known publisher & well-known author. In my view, this was mistaken. Nevertheless, the contents of some books can speak directly to the right pair of eyes; and that is a wider topic.

Distance :: Posted by ErrolHTout on October 13, 2010
I read in the diary that RF and Hernan were discussing...’for Euros & Gringos to visit here, Argentina is a very long way from both Europe & North America’......Sant Cugat remains a positive & available resource for Guitar Circle Courses...’  Ha - try it from Perth, Western Australia!
How to address the expressed interest of complete Beginners? Those with more experience? Those with established pratices? I look forward to any news or suggestions
Best wishes to all
Errol H Tout

Oh! How that intrepid Antipodean adventurer, Mr. Tout, suffers! It took some 20 years between courses before he ventured across the globe once again. Suggestion: participate in an online AAD.

15.54    This afternoon: to London & the Royal Albert Hall. I will be cheering loudly for Porcupine Tree. 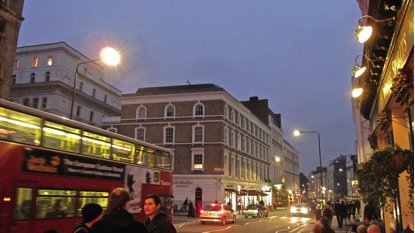 The original EG offices were around the corner (behind the ‘bus), in a mews cottage on Petersham Place, before moving to 63a, Kings Road, Chelsea. Al Stewart also had a pad on the left behind the London people-carrier.

Light supper & a cannoli of wonder with Americano. Legs snapping like whipcords down the street I… 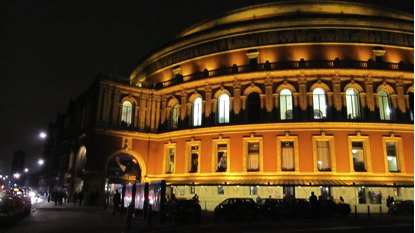 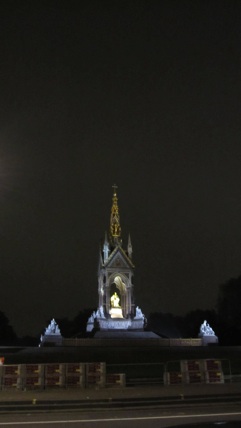 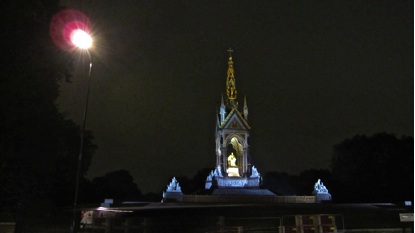 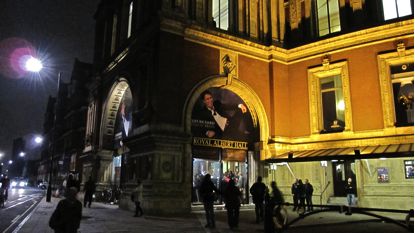 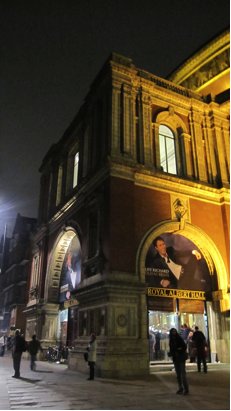 This was the second of two showcase nights to complete PT’s year of touring, the first at the Radio City Music Hall in NYC a month ago. The RAH website gave set times as 20.15 – 00.00: it lied. The show began at 19.45 with an acoustic set of c. 25 minutes, a short break & then into the main electric show in two parts.

The sound was exceptional for the RAH, a prestigious gig but not ideal for rock music IMO. Tonight, the sound was more than acceptable with a varied programme of songs, good viddying screens behind the band, overall a satisfying musical evening & very well received by the audience. Those on the floor were on their feet for much of the evening.

My seat was in a box, with 7 other men & 1 woman. The seventh man arrived late & came straight up to me – You’re in my seat! In this, he was mistaken. During the interval the late-arriving seat-claimer noticed my AAA pass:

Do you know the band?
Yes.
Are you involved in their promotion?
Something like that.
Sorry! I didn’t mean to pry.

This was a man with whom conversation was not immediately of appeal. He was one of three men drinking pints of beer, constantly. By 21.45 their company, along with their photography, conversation & viddying, became too much for an older man more inclined to audienting. I left at 21.50 after two hours of superb performance. Leaving Gloucester Road at 22.00 exactly & recently arriving in Bredonborough.

Conclusion: I am now young enough to enjoy rock music and too old for rock audiences.