The present moment of the Creative Impulse that gave rise to Guitar Craft and the Guitar Circle is two hundred years. If we remember Josh’s comments on the first day, the choice and decision to engage, decision takes us into a different experience of time. In Creative Time the end reaches back and pulls the beginning towards it. The decision to engage at any stage in a process puts us in contact with all the others stages in a process. In the world where a decision is taken, the action has already taken place. The decision then moves into ordinary time where an act, a cause, leads to an effect.

When a decision is taken, all the rules change. A story of the Red Lion House, which used to be told a lot, was told once more…

Towards the end of 1985, meeting with members of the early Team who wished to take Guitar Craft further, I said that if twelve people committed to an extended course, I’d buy a house in England. When I returned to England, an estate agent of my acquaintance in Wimborne, who wasn't selling a house that wasn't for sale, called me and suggested I look into it. So I contacted another agent, who was selling the house that wasn't for sale, and bought the Red Lion House in Cranborne with my Wife's support and money we didn't have. The Red Lion House was in action for three years: 1986-89.

Referring to my yesterday-reflecting: in 1969, in conversation with a record executive, it was assumed as a given that music had the power to effect, even re-direct, lives. Perhaps, because some of the Power Possessors had themselves been touched by music. At the end of the 1970s, this conversation was more difficult. Live Aid was the last gasp, and after 1995 any mention of the transformative power of music was a sure sign an artist was to be distrusted by industry types.

A mention was made of JGB’s answer, when waylaid on the pavement by an Earnest Young Man in the middle 1960s, on The Fall From Grace: We try to do what we cannot, and do not do what we can.

There is nothing I can do directly to change the world, in the sense of creating a new breed of politicians and business leaders.

Interrogate the Silence! is advice I have given on this course. So, when Silence visited a few days ago in the Dining Room, I asked: What is required of me? The answer which came was: Keep going. I can’t change the world of Power Possessors, but I can continue in the Guitar Circle.

The Intro Team are presenting / re-presenting a performance in the Ballroom at 17.30. It is my hope that, for this performance, I may be able to hear what is being played.

Breakfast-commentings overall took us up to c. 12.07. I am unable to adequately, even inadequately, present a report of the depth of our morning in the Dining Room, the comments and observations presented. Perhaps others on the course will do so in their own bloggings and postings. Very briefly, the process of our course shifted to a stage which is necessary, but not guaranteed. 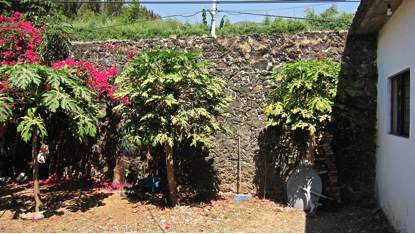 Lunch at 14.00.
Silence entered, not like a light switch, not a whoosh, not a glide, but – instantaneously. Like, clicking the fingers to demonstrate instantaneity, but without the click. Just, there. Then, up from the soles of my feet to the top of my legs: a filling-with-energy, and the experience of heat coming off my legs. I wondered why it didn’t continue up the body. Gratitude! Lunch continued.
Work for the afternoon called.
Fernando called a meeting at 15.30 to discuss departures. 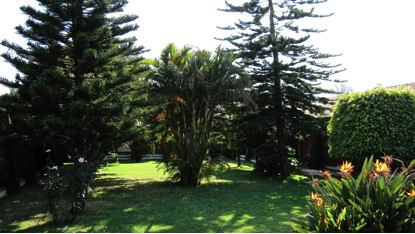 At 15.45: in the Chapel with those interested in the extended seven-week course in Cuernavaca this July-August 2014. C. 27 people present. With some late arrivals, twice. We began again, with Leo’s introduction.
Discussions began on stuff and roles.

RF:    The more talking, the less likely this is to happen. The course will happen if the decision is taken to be there. When we take a decision, even God must be able to rely on us. Points of consideration:

Firstly, the course. Do I have a general sense, inclination or wish to be there during the time-frame? What is the course? Seven weeks. Put this in our mind’s eye and look at it.

Secondly, what is the purpose of this course? Why? Does this resonate with me? Does this fit with my larger aim in life, and/or the main direction my life is currently taking?

Thirdly, with an inclination towards yes, what is involved in me attending? Here, we apply rationality and common sense. What are my other commitments in the period? Family and professional obligations, and so on. For example, if there is something happening at home in Week Four to which I am committed, then I can't be on the course for the whole period.

Fourthly, do I have the money? Am I able to meet my responsibilities in life, to family and business, if I am away for seven weeks? Money is not itself a problem. This has a way of taking care of itself once the decision is taken. Money is not the major obstacle. For those who need to consult with family and employers, this stage of consideration is ongoing for while.

With these points in mind, who in the Chapel can commit to the Course, now? There are sixteen weeks remaining to prepare and deal with the practicalities.

When we take a decision, all the rules change. We have a course.

A word with one of the Kitchen Team afterwards. 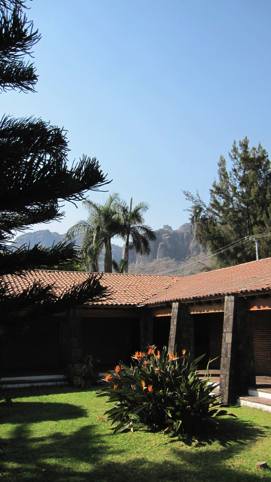 18.56    Performance in the Ballroom at 17.30 by the Intro Team. Actually, two minutes and forty seconds late.

A superb performance by all the soloists, small groups and Whole Team. And a superb audience. 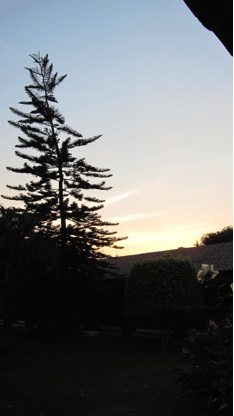 A personal meeting with Luciano upon my return from the Ballroom. Discussing many and various, including seven levels of attention; Guitar Circles; codifying, formulating and organising the first Primary and Secondary Exercises.

19.20    A knock on the door - one of the Team has just received wonderful news: they have won a prize in respect of a piece of work. This means they will be able to study in NY for two years without having to search for grants. Hooray!

Dinner at 20.00.
A superb performance by the local Team led by Leo. This Team’s presentations have been consistently impressive, exceptional.
Cello and guitar quartet with Rodrigo the Groover on cello. Superb.
Comments on the 17.30 Intro Team performance from performers and audients.

Leg-shaking break.  Returning, thanks given to all those who have made this course possible:
Jael, Kitchen Co-ordinator, the calm heart of every storm;
Fernando, Facilitator/Travel Co-ordinator;
Sebastian, House Manager;
the Kitchen Team for heroic work. It was impossible to single out any one of the Team, other than singling out all of them.
Rodrigo, A.T. Instructor;
Luciano, for T’ai Chi, football and Buddiness;
the NAFGeeks, some of whom were not here - Victor, Tony, we ignored Tom and were unable to forget Jaxie. Those present: Sandra for Alexander and much more, Buddies Curt and Dev and Leo; without Leo we would not be here.
Director Nunez of Europe and South America for continuing support.
Thanks also to the Intro Team. If they had not expressed the wish to be here, we wouldn’t.

RF spoke for Andrea, who left earlier today, Bill Rieflin and Alain Pinero. Other members of the Team, who are sending good wishes and contributing at a distance, were also spoken for.

Direct experiences can remain with us for the rest of our lives. They take place in a different kind of time, and continue “living” there. They are available for us to return to, and interrogate. And, as we address these experiences later in life, when we have gained some further understanding, they will speak to us then at the level of understanding we have reached. A recommendation: when we get home, write a Journal of our course. Perhaps in thirty or forty years, revisiting our Journal, we will better appreciate some of the events that have taken place.

Our course together will continue when we leave: our course will keep going. When life is hard, when we begin to despair, it is possible for us to connect it. There are techniques and practices available for us to do this. But for now, we hold the intention to re-connect, and bring into our mind’s eye this place, the people, and our work together. This gives us access to the energy generated here, which we may legitimately draw upon to support our continuing work. But not for other reasons.

Dev was called on to speak for the NAFGCs and courses planned in the US and Mexico.
Luciano spoke for courses in Europe and South America.

Practicalities to be addressed fifteen minutes after the formal completion of the course.

A personal meeting in the Paradise Garden immediately afterwards.

May we please return in five minutes, with guitars, for our Final Meeting: women in the Inner Circle and men in the Outer.

A Procession chord was arpeggiated, picked up by The Orchestra, which was set in motion with Women leading the way. Moving through several moods, and to whizzing. A Walking Whizz led by Ferocious Vicious Queen Julia processed, almost running, through the Paradise Garden and into the cloisters. Vicious Elisa returned the Team to the ballroom, encircling in snake formation. FVQ Julia directed downbeat thrangs! and, as the chords lived away, this Introduction To The Guitar Circle Course was declared completed at 24.26 and ten seconds.

Returning to the room, just delivered to the door: a manuscript… 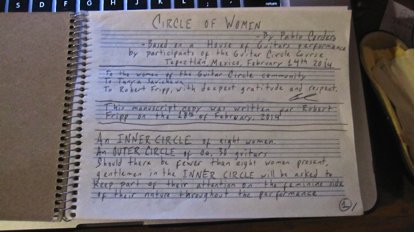 00.54    An e-notification of the completion to several of the wider Team.

This has been a remarkable course IMO. All courses are remarkable, the same and different. And this course has been remarkable. A benevolent Grace has been continually making itself felt, giving itself away to the extent we are able to receive what is on offer.

Introduction To The Guitar Circle 2014