And so to the Meadowbank Amphitheatre in Rochester Hills.

When we first arrived at the venue there was no power whatsoever. The crew “assumed the virtue” and began the load-in nevertheless. My own early morning bathroom visit into the windowless bowels of the venue proved exciting – rescued by the torch function on the iWatch that my family gave me for my sixtieth birthday (in the mistaken belief that where the mobile phone has failed to make me easy to contact, the iWatch would mysteriously succeed). It has, however, the first watch that I have ever embraced. My heartbeat is currently 53 BPM.

The power duly arrived a little later, and all continued as planned.

After the show at Lewiston, I overheard Tony Levin saying to Robert that he was tempted to try playing Neurotica on the upright bass rather than the Chapman Stick. Was that even possible, I wondered? Neurotica duly appeared on the setlist at Rochester Hills, and the photo of Tony playing the upright bass is photographic evidence proving it is indeed possible.

There was a small sprinkling of rain and some distant flashes of lightning before the end, but thankfully not enough to move the couples who had gathered on the grass at the back. 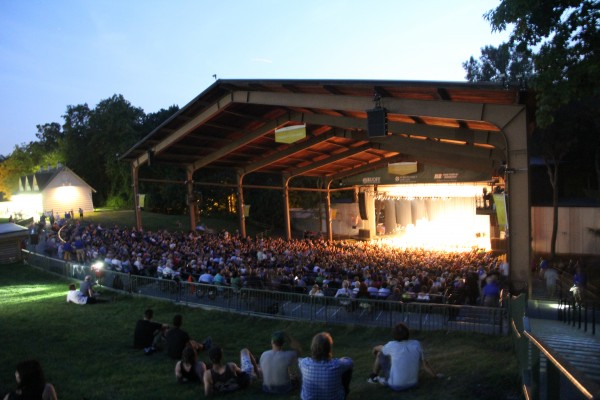 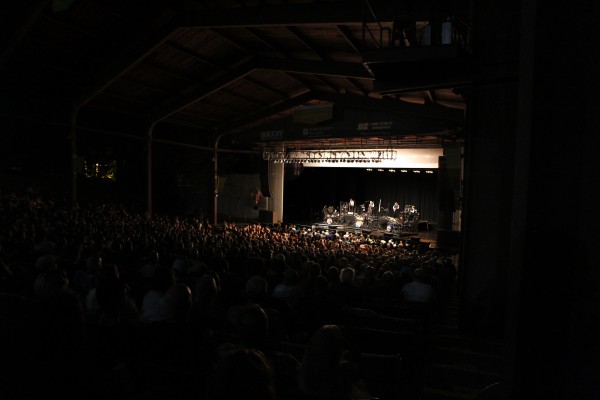 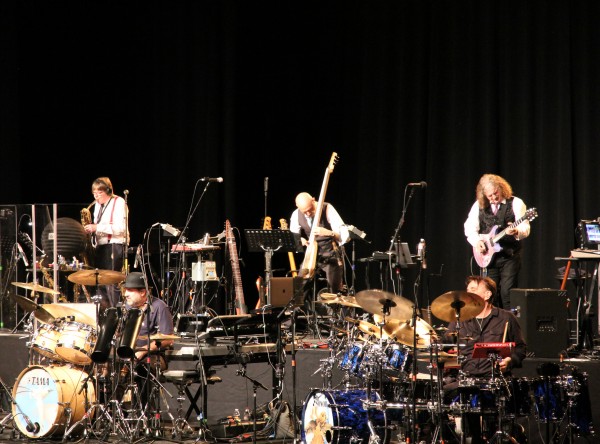 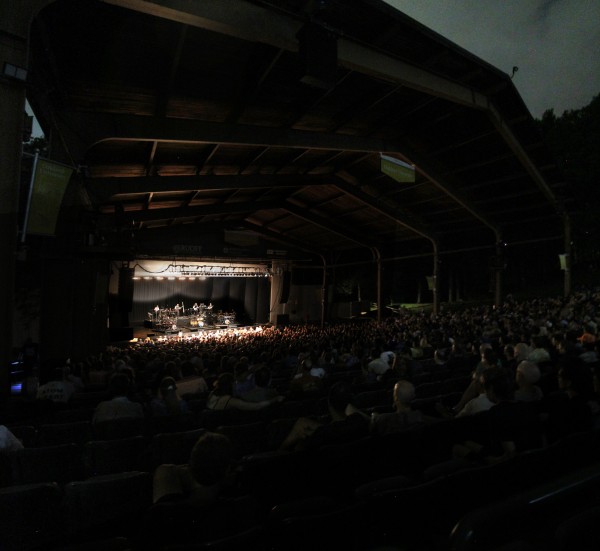 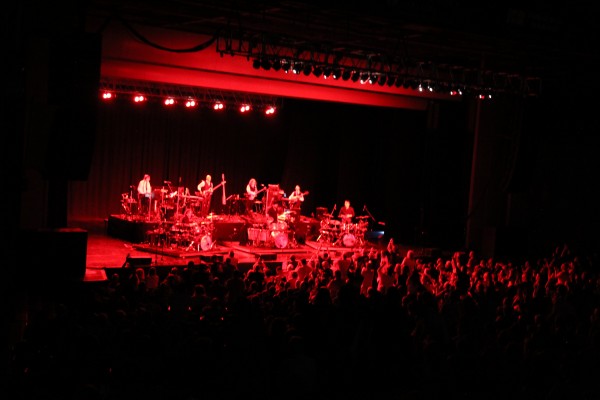