And so to Nashville.

If The Ryman Auditorium is the spiritual home of the Grand Ole Opry and “Mother Church of Country Music, then one might fear that the first glorious chords of tonight’s King Crimson show (and I never look at the setlist in advance) will be as sacrilegious as…(insert your own personal outrage here). But once you have stretched the boundaries of Country Music and allowed upstarts and outsiders like… Olivia Newton John and John Denver…!!! (about which there were many complaints at the time as I learnt on a recent documentary), then opening your doors to the Devil Dogs and the Hell Hounds of Krim is the logical conclusion, I suppose. I hope they are ready for what’s coming their way!

Two more good shows at the Met in Philadelphia and the Hard Rock in Cleveland. I missed most of Philadelphia, but was there at the death in Cleveland to capture the drum toss at the end of Schizoid Man.

I loved the end of the review in the Illinois Entertainer by Jeff Elbel:

‘When the drum trio eventually synched up during that final blast of “20th Century Schizoid Man” for a simultaneous and flawless stick toss mid-song, it was finally acceptable to think for a moment, “Okay. Now, they’re just showing off.”’ 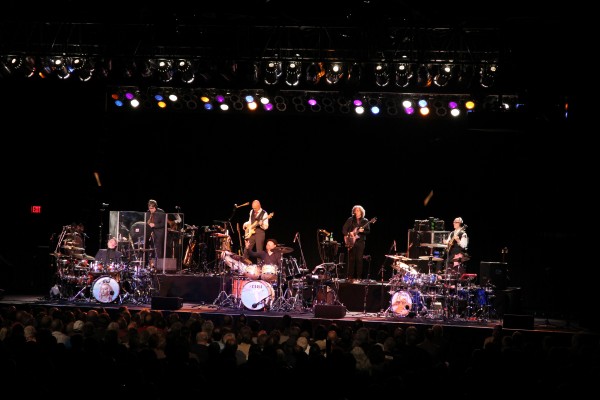